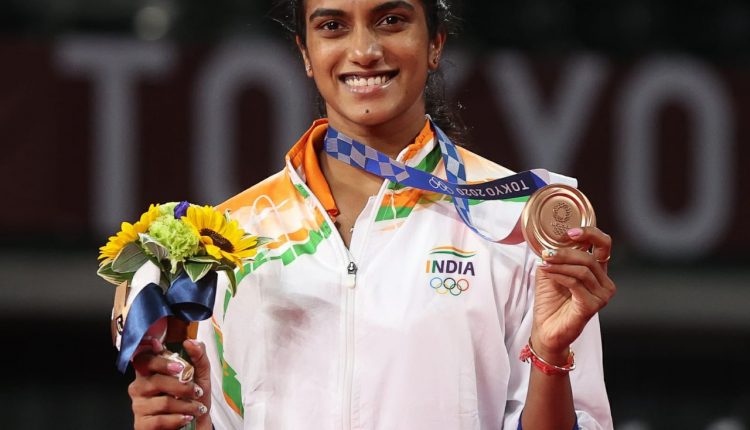 P. V. Sindu is a rare gem who's won consecutive Olympic medals; will continue to strive for achieving greater heights

P.V. Sindhu is a rare gem who will never shy away from a challenge. She showed a lot of character to recover from a heartbreaking loss in the semi-finals of Tokyo 2020 to win the Bronze medal tie against He Bingjiao.

You never lose a Gold or Silver, you always earn the Bronze medal on a stage as big as the Olympics. All those who thought that a medal was there for the taking for Sindhu in Tokyo came in for a rude shock after the Hyderabad shuttler lost to world number 1 Tai Tzu Ying.

Sindu had won the Silver in Rio 2016 and every Indian believed that she could do one better and win the Gold this time around.

Not lost a single game till she reached the semi-final

Sindhu made a brilliant start to her Tokyo 2020 campaign. In her first match, she got the better of Ksenia Polikarpova 21-7, 21-10 in just 28 minutes. She then went on to defeat Cheung Ngan Yi and Mia Blichfeldt to qualify for the quarter-finals.

In the last eight encounter against local favourite Akane Yamaguchi the Indian Badminton star produced a stunning effort. It was a fiercely fought encounter that saw Sindhu prevail over the Japanese 21-13, 21-20.

Till Sindhu reached the semi-final she had not lost a single game. But against the top-ranked shuttler in the world Tai Tzu Yin She went down in straight games 21-18, 21-12, despite putting up a fighting effort.

Bingjiao had a 9-6 head-to-head record in her favour against the Indian. She had defeated none other than third seed Nozomi Okuhara in the quarter-finals. The Chinese was no doubt in great form. But Sindhu did not disappoint her fans.

She was simply brilliant in the Bronze medal tie which she won by 21-13, 21-15. It was a spirited effort that saw Sindhu become the first female athlete from India to win medals in consecutive Olympics. She is only the second Indian after wrestler Sushil Kumar to do so.

Only four female Badminton players in the history of Olympics have managed to win medals in consecutive Olympics. It is no mean feat.

For Sindhu winning the Bronze in Tokyo has been harder than the Silver she had won in Rio 2016. She herself has made it clear:

“This was the tougher one. I was very young back then, I was a newcomer and people did not expect me to win. This year I had a lot more pressure and responsibility but I think this was different because a lot has happened since then game –wise, so many ups and downs. But getting a medal is a great feeling”, Sindhu said in a media interaction held after her win against Bingjiao.

Like every other sport Badminton too had been hit hard by the Covid-19 pandemic. Shuttlers found it hard to train even as Tokyo 2020 got postponed by a year. Many other tournaments also got cancelled because of which London 2012 Olympics Bronze medallist Saina Nehwal and promising Indian badminton player Kidambi Srikanth and former world number 1 failed to qualify for Tokyo.

It meant the huge expectations of Indian fans were riding on Sindhu’s shoulders more than ever. She played brilliantly in Tokyo and had just one bad day in the office. Unfortunately it happened in the crucial semi-final tie. But nothing can take away the credit she deserves for winning the Bronze medal.

A fierce competitor who is always up for a fight

Sindhu displayed her tenacity when she became the first Indian Badminton player to win a Gold in the world championships in 2019. She did not back down even after losing in the finals in the previous two editions. She truly is an inspiration for everyone.

Sindhu who played under the guidance of national Badminton coach Pullella Gopichand in the early part of her career started training under Kim Ji Hyun of South Korea from 2019. Now she is being coached by another South Korean Park Tae Sang. (She has credited Sang for motivating her ahead of the bronze medal tie )

Sindhu also started training at the indoor stadium of Gachibowli Stadium after moving out of Gopichand Academy. The decision to part ways with Gopichand had sparked off rumours of a possible rift between her and the national Badminton coach.

But Siindu cleared the air by saying that she trained at the Gachibowli Stadium because its size was of international stadiums and also it would help her prepare for drift which shuttlers were expected to tackle in Tokyo. It was an unnecessary distraction ahead of the Olympics but she did not let it affect her mindset.

Sindhu will “definitely” be in Paris 2024

On being asked by a sports journalist whether she will be eyeing for a third Olympic medal, possibly a Gold in Paris Olympics 2024, Sindhu said that she will “definitely” be in Paris. It goes without saying she has already inspired many youngsters with her achievements and with her singular determination Sindhu will continue to strive for achieving greater heights.

The Indian Badminton legend also showed in Tokyo that she is a great ambassador of sports when she hugged Tai Tzu Ying after the later lost in the final of Tokyo 2020 in Badminton. More power to you…Pusarla Venkata Sindhu.