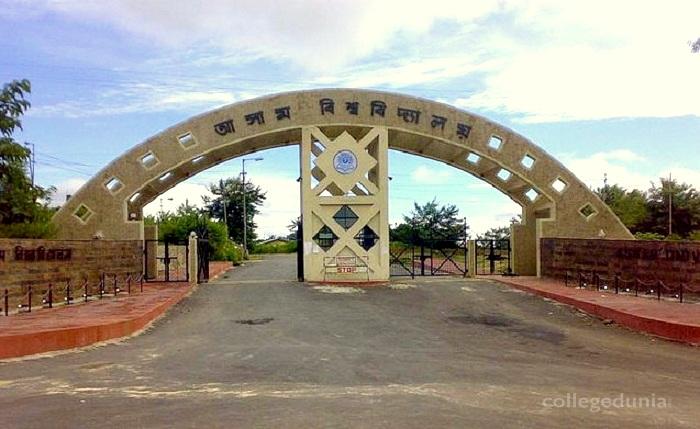 While prestigious institutions like Gauhati University and Cotton University clarified the exam dates after directions from the Assam State Election Commision (ASEC) to hold tests post 15th December, 2018, students registered with Assam University were perturbed as they did not issue any notification regarding the same. However, today the University’s decision might give some relief to the students as they have officially announced the postponement of exams to a further date in view of the upcoming Panchayat Elections.

According to the new schedule for the exams – TDC Honors Exam will begin from 17th December, 2018 upto 22nd December, 2018. TDC Pass Exam will commence from 7th January, 2019 and end on 31st January, 2019. The decision was taken in a meeting held at the Assam University on Monday, informed Controller of Examinations Suprabir Dutta Roy to BarakBulletin.com. 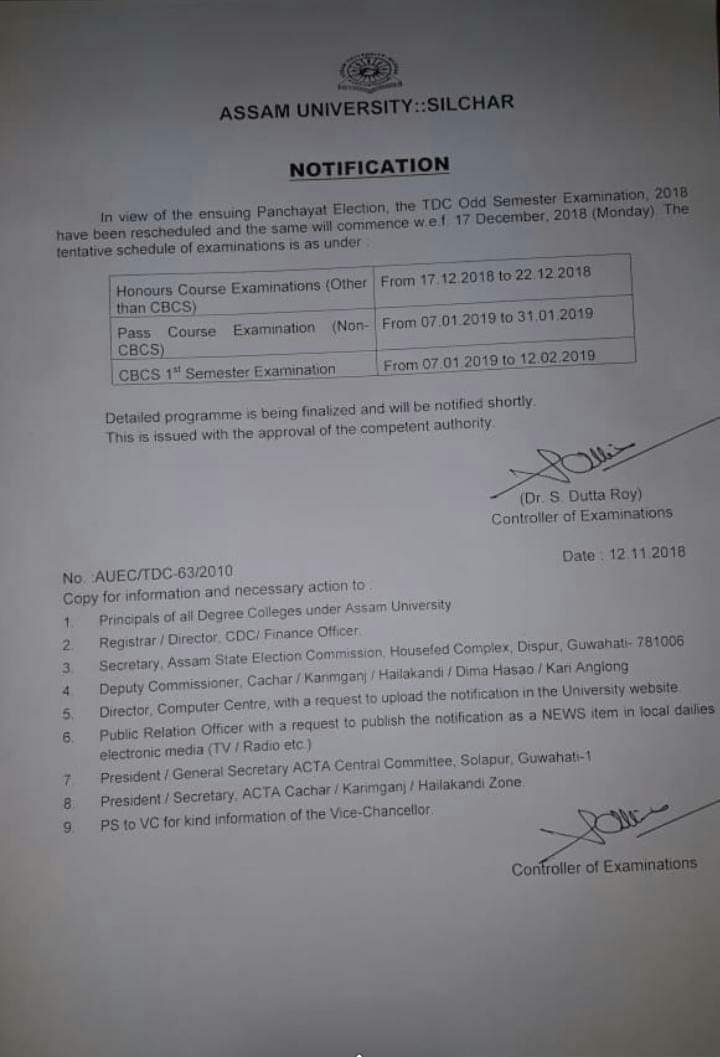 For the first time Assam University has adopted the CBCS curriculum to be implemented from this year. CBCS First Semester Exam will start from 7th January, 2019 and end on 12 February,2019.

The meeting was attended by the respective principals of Cachar College, Gurcharan College, SS College, Karimganj College alongwith other officials.

It may be mentioned that the Panchayat Elections will be held on 5th and 9th December, counting of votes being on 12th December. The Election Commision had urged all the educational institutions of the state to defer their exams to a further date.

Today’s Headlines: Citizen's forum meeting with anger-surprise: There is no money to revive Paper Mills whereas spent 3500 Crores to build a statue.