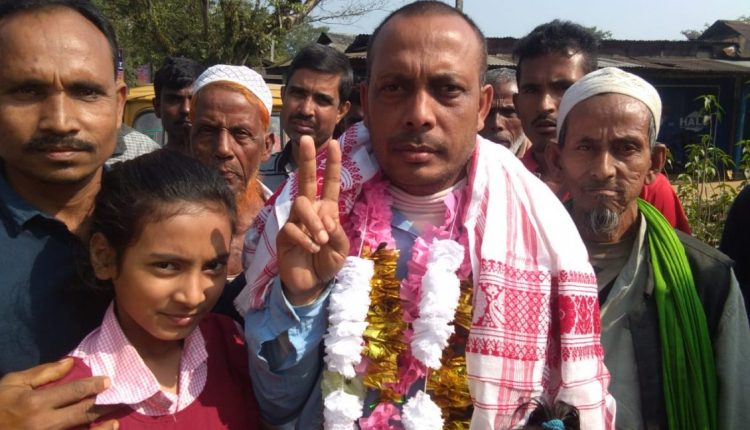 A congress candidate of the Kumarpara Niz-joynagar Gaon Panchayat has won the GP Member post without even having to contest the elections.

The Assam Panchayat elections are still over two weeks away but in a rather surprising development, Ahad Hussain Laskar, who is a Congress candidate from the Kumarpara Niz-joynagar GP has won the GP Member seat without even having to go through the regular voting process. This is because no other candidate has filed for nomination against him which automatically makes him the winner.

Laskar, who is a resident of ward no. 4 under his GP, is a local businessman. He is also said to have won two panchayat elections in the past; first time as an independent candidate and the next time as a Congress candidate. This is the third time he is contesting for the GP member’s post.

People of the village are said to be very confident of his capabilities and have unanimously decided to lend him full support heading into the elections.

“He is the most suitable candidate in the district. We have seen a lot of development over the years and we want him back as our GP president”, said one of the locals.

Laskar filed his nomination papers at the Salchhapra Block office earlier this Monday which was also the final day to apply for nominations. He was accompanied by over a thousand people.

Later on Tuesday, he, along with the rest of his supporters, celebrated his victory by bursting crackers in the village. The Kumarpara Niz-joypara GP comes under the South Katigorah Block mandal and has a population of around 3,000 people.

The Assam Panchayat elections are slated to take place on the 5th and the 9th of December this year.