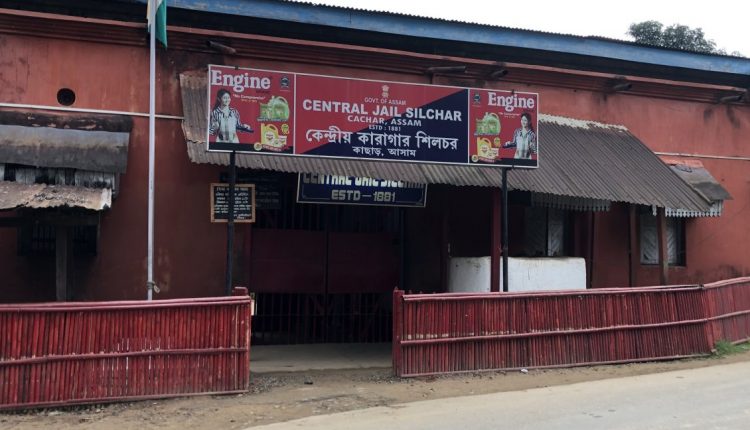 “You hear the sirens wail, somebody going to emergency, somebody’s going to jail.” It’s not only in a New York Minute or Eagles’ song, but jails and emergency are filling everywhere and in the pandemic, the sirens are always wailing.

In August, the outbreak of coronavirus-induced infections was first witnessed inside the Silchar Central Jail that has 488 inmates. Several prisoners started showing symptoms forcing the administration to conduct a testing drive inside the cell.

Every day, 50 inmates were tested and gradually 124 tested positive for the virus. Many officials were also found infected by the virus. Few inmates were transferred to Silchar Medical College and Hospital for better treatment. Rest were treated in the medical facility inside the jail.

The jail authorities have informed that almost all the COVID positive inmates have recovered. “After they test negative, we keep them in isolation for which centres have been built inside the jail itself. The administration has supplied an adequate number of gloves and sanitisers for the inmates to remain safe,” informed the spokesperson of Silchar Jail.

The spokesperson added, “Life has changed inside the jail. The inmates maintain social distancing by themselves, wear masks whenever they are among people and over all, they always wash their hands and sanitise before eating their meals. There is no callousness among the inmates.”

While the ones who tested positive are following the instructions given by doctors, others have started doing yoga, regular physical exercise. “There is a constant effort from everyone to enhance their immunity. The jail is far more organised, clean and the atmosphere inside is healthier than what it was before August,” informed the spokesperson.

The jail authorities have changed the diet too to support the physical activities that the inmates have started following on a daily basis.

So, ‘everything change in a pandemic month,’ at least in Eagles’ song and Silchar’s Central Jail.