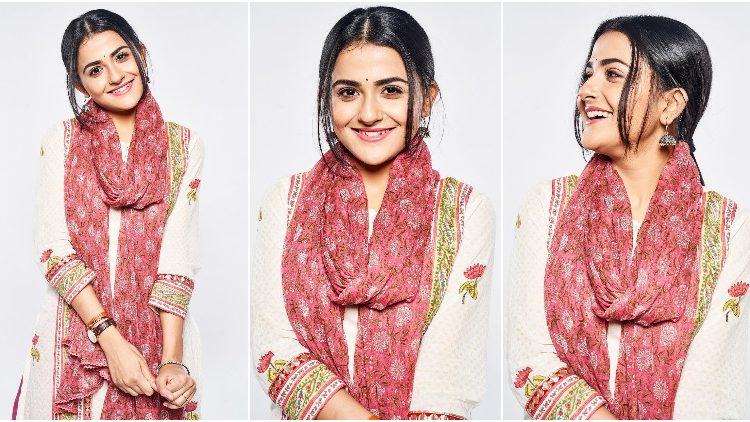 "People used to call me and my mother mad, but I was determined. Today I am lead in a Star Plus show," Silchar's Debattama Saha

Star Plus is considered to be the pinnacle for Hindi entertainment shows. Most actors who enter the Goregaon Filmcity to shoot for a TV show, dream of a lead role in a Star Plus show.

Smriti Irani (Kyunki Saas Bhi Kabhi Bahu Thi), Sakshi Tanwar (Kahani Ghar Ghar Ki), Shweta Tiwari (Kasautii Zindagi Kay) became household names in the 2000s and made television popular in India. Then came Deepika Singh (Diya Aur Baat Hum) who inspired women to follow their dreams even after getting married. The prime time in Star Plus is a dream for actors for a reason…

And now, Silchar’s Debattama Saha is all set to live the same big dream. She will play the lead in Star Plus’ new offering ‘Shaurya Aur Anokhi Ki Kahani’ that will air at 7 pm from December 21. Netaji Road, Subhash Nagar resident, Debattama Saha has earlier worked in Sony TV’s finite series, ‘Isharon Isharon Mein’. Before moving to Mumbai, she has also played the lead in the Bengali serial, ‘A Amar Guru Dakkhshina’

After working for more than two and a half years in Kolkata, she wanted to shift to Mumbai. “Bollywood has been my dream from childhood,” says Debattama Saha while talking to Barak Bulletin. She did her schooling at Don Bosco Silchar and then shifted to Kolkata to study at Amity University. Even while pursuing education, she had her eyes set on acting opportunitiies and kept giving auditions.

“My father is a senior section engineer at Indian Railways and he wanted me to become an engineer too. I still remember when students used to come home to learn AutoCAD (commercial computer-aided design and drafting software application) from my father, he would often asked me to join them. I tried my hands and that is when I realised it is not my cup of tea. I told him, you be an engineer in the family, I will do something else,” shares the young star.

In her childhood days, she used to participate in local singing and dancing competitions. “I am a stubborn-rebel from childhood,” she recalls. “I would go mad if I was not given the first prize. Often I was denied the reward because I was not the jury’s favorite. But those stage shows and competitions gave me the confidence to be in Mumbai and work as actors,” Saha adds.

Mumbai may be known as the city of dreams, but more dreams got shattered in the locals of Mumbai than the ones that get fulfilled. Similarly, after the Sony show got discontinued in March during the lockdown, opportunities were few for Debattama.

“I gave many auditions and got shortlisted on most occasions but somehow, it did not work out. Repeated rejections and the fact that I have not visited my home in Silchar for four years, was taking a toll on me,” shares Saha. She lives with her mother in Mumbai while her younger sister stays with her father in Silchar.

“I told my mother, let’s book our tickets and go back. In fact, we started packing our bags too, but then I got a call and I was informed that they would like me to play the lead character in Shaurya Aur Anokhi Ki Kahani. I was living my dreams yet again,” she shares, excitement clear in her voice.

On the same day, she said, she got calls from a couple of other shows as well. But having committed to the lead role for the Star Plus show, she had her dates booked.

TV shows are challenging for an actor. The cast remains on the set for more than 12 hours every day. The nature of daily soap is such that an episode needs to be shot every day. Saha said, at times they even shoot for 19 hours a day.

While she is enjoying the experience of shooting for a lead role in Shaurya Aur Anokhi Ki Kahani, Saha would also like to see herself play a powerful role in web series in the future. “Life is uncertain, there is no clue what tomorrow has in store for us. So it is good to think about one assignment at a time instead of thinking about the future. I am not an astrologer for sure,” she shares.

Her mother is a good singer and Debattama says she has drawn inspiration from her mother. At the same time, there were people who tried to demean Saha’s efforts, and the negativity inspired her further. “I have had people who told me, study and be an engineer or professor and you can pay and get actors to dance for you or singers of your choice will come and sing for you. But then, I used to think that I should be the one who people call for their special moment. There are all kinds of people in life,” she asserts.

“People used to call me and my mother mad, but I was determined, today I am lead in a Star Plus show, and tomorrow, again I might have nothing, no shows, no roles. But I won’t give up, the more they demeaned me, the more determined I got in life,” concludes Debattama Saha.