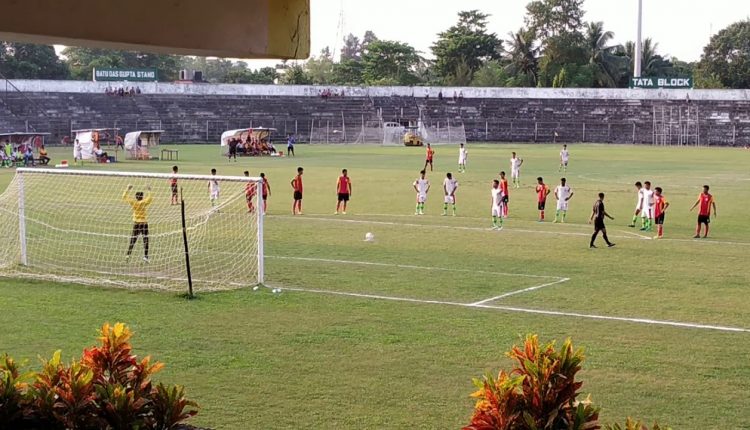 Permission "Not granted"; Covid to force suspension of another football season in Silchar

The Silchar football season has already faced one setback after another due to the onslaught of the Covid-19 pandemic. As things are going right now, this season too might go to waste according to rumours from the inside. And this was indicated at a virtual meeting of the Assam Football Association.

Hemendra Nath Brahma, Secretary of the Assam Football Association, held a virtual meeting with the football secretaries of all the DSAs in the state. He said in the meeting that the All India Football Federation (AIFF) had not yet given them any instructions regarding the football season. He didn’t even get any instructions regarding inter-district or inter-state transfers as well. So at the moment, it is not possible to make any decision regarding the football season in the entire state and thus, it is still in the womb of uncertainty. The virtual meeting was attended by football secretaries of 24-25 DSAs of the state. Silchar Football Secretary Bikash Das was also present there. The AIFF has given clear instructions to the Assam Football Association that nothing can be done until the Corona situation returns to normalcy. Even a transfer window is also not possible. Last week, the Secretary of the Assam Football Association had a virtual meeting with the AIFF.  There too he was instructed not to start the football season at this moment.

Last year also, the whole season got called off due to Corona. The footballers had to spend time sitting at home in the lockdown, and this time too the situation is not very suitable. The DSA kicked off the football season this year with the Samayik Prasanga women’s football. Back then, it was proclaimed that the inter-club transfer would be held in the first week of April. After that, the Silchar DSA was preparing to organize a tournament around the last week of April. However, in the first week of April, the DSA was forced to move away from its previous plan as the rate of corona infection increased in Silchar along with the rest of the country. Hence, they decide to delay and wait a little longer. They were hopeful that the Inter-club transfer window could be arranged if the rate of infection gets reduced. Then perhaps Super Division League could also be organized. But the second wave of the Coronavirus has put a brake on everything.

The Silchar District Sports Association (DSA) has closed its doors in fear of the second wave of the virus. And there is no guarantee that this will be unlocked any time soon. Only when the situation is normal will the players be able to enter the SM Dev Stadium again. But when will that time come? No one has the answer.

Last year’s football season has already got ruined. So this time, if needed, the AFA wants to organize the season in September-October. However, they will need AIFF clearance. But if the situation does not get normal, then AIFF will certainly not allow it. Earlier last month, the Football Secretary of the Silchar DSA, Bikash Das, told Barak Bulletin that the start of the football season could be stretched to September-October if the situation improves. However, as time goes on, the possibility of that happening seems weaker day by day.