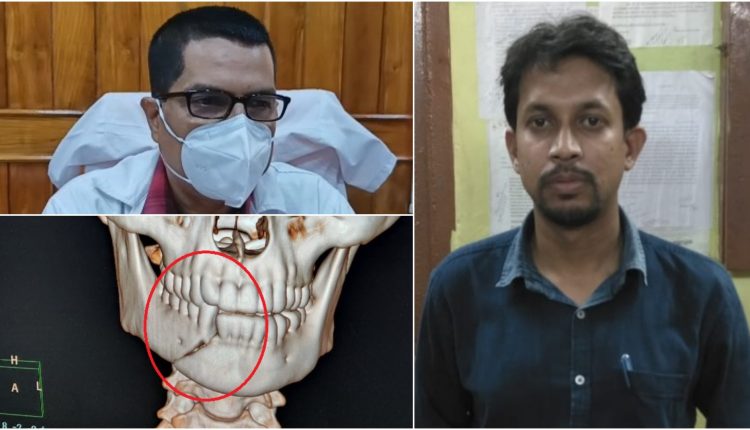 Responding to the complaint registered by the father of Fuzail Islam Mazarbhuiya, Laboratory Technician at Silchar Medical College and Hospital, Gunghoor Police had launched an investigation. According to the complaint, the 24-year-old was assaulted by Research Scientist, P.M Cares Lab, Supratik Kar on September 2.

After carrying out an investigation, the Gunghoor Police arrested Supratik Roy. “The investigating officer ascertained that there is enough evidence against Roy. Primary investigation reveals Roy has punched and fractured the jaw of his colleague. He has been sent to custody in Silchar Sadar Police Station and today he will be produced before the judge in Court,” informed officer in charge of Gunghoor Police Outpost, P Chandan Bora.

The verbal dual turned into a physical assault and according to Mazarbhuiya senior, Roy punched his son leaving him with a broken jaw and uprooted tooth. He has been admitted to the hospital’s ENT department.