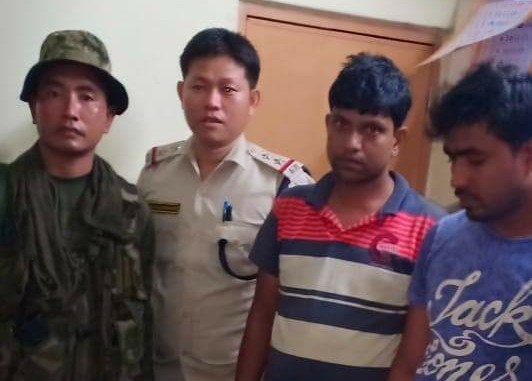 Acting on a tip off, Karimganj’s Nilambazar police along with 29th unit of Assam Rifles, on Saturday, arrested two drug peddlers during a secret raid at Karimganj’s Panighat area. 85 packets of suspected Yaba tablets and an England made 7.65 model pistol with eleven fresh bullets were seized during the raid. Name of the two arrested are Bahar Uddin (27) and Motlubi Ahmed(29).

It was learnt that, on Saturday afternoon, Assistant Commandant Sukhraj Roy of Assam Rifles Unit 29 and OC of Nilambazar Police Station along with a large number of policemen and Jawans went for a raid and arrested Bahar Uddin and Motlubi Ahmed of the Panighat area of ​​Karimganj police station. After interrogating them, police was able to reach Ahmed’s sister-in-law, in Abdullapur village and seized the said drugs. 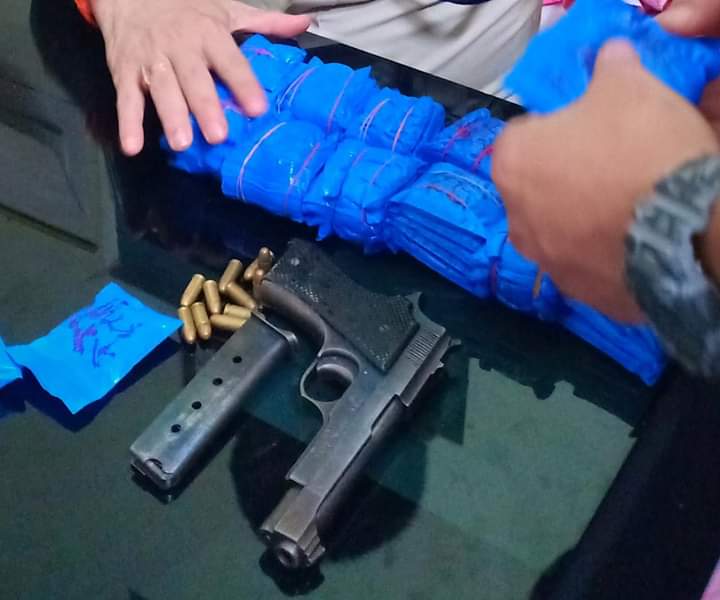 Sources from the police informed that the duo was able to sense that police may reach them and therefore hid the drugs and pistol in Ahmed’s sister in law’s house.

Assistant Commandant Sukhraj Roy, has filed a case with Nilambazar Police in this regard and handed over the duo to police for further investigation.