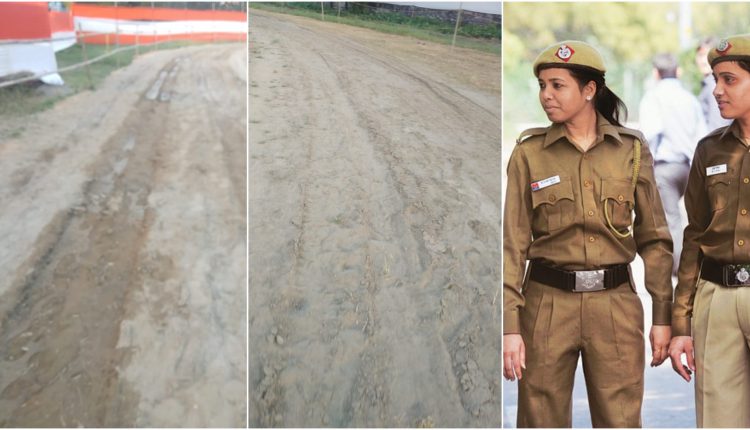 More than 175 female applicants took the test today in Silchar Police Parade Ground, but not a single applicant managed to pass the running test. Female candidates need to complete the 1600 metre dash within eight minutes and all 175+ candidates failed to do so in Silchar. Senior Police sources shared astonishment as it has never happened before where all applicants fail to complete the dash within the given time slot.

A few candidates spoke with Barak Bulletin on the condition of anonymity and said that the running track was improper and it had too much sand on it. The applicants alleged that they were slowed down by the sand on the track as it was like running on the beach. “We will remove the sand tomorrow and hopefully there will be some good news,” said DSP Cachar, Kalyan Kumar Das. “It is not that the entire track had sand, there were portions of sand that we are clearing,” he added.

However, if the sand is being cleared, won’t it be unfair for those who took the test today and failed? Will they get a chance? “See, officials from the Silchar District Sports Association had inspected and certified the track. We will report the issue and the chairman of the selection board, Commandant 6th AP Battalion will decide if they should be given another chance. First of all, we will check if there was an issue with the track and if we find there was, then we are hopeful that something positive will come out from the selection committee meeting,” added DSP Kalyan Kumar Das.

The process of recruitment got delayed, initially due to corruption charges and then the election. The applicants have been waiting for a very long time for a chance to join the Assam Police. It is a large employer and provides employment opportunities to a significant number of unemployed youth. In such a scenario, it is highly important to provide the candidates with proper running conditions. How Cachar Police address the issue of disproportionate application of sand on the track is something that remains to be seen.