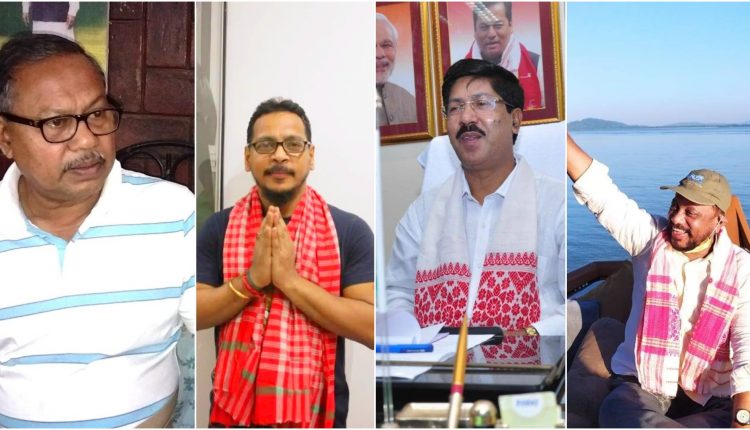 Politicians in Cachar are using songs to woo voters; Here is a list of them

The battleground for the upcoming Assam Vidhan Sabha elections is all set. Nominations have already been filed all over the state, with the seven LACs under the Cachar district getting a total of 80 nominations across both party and independent candidates. The contest, which was initially supposed to be a two-way battle, has recently turned into a three-way contest in Silchar constituency with the incumbent MLA Dilip Paul filing nomination as an independent candidate at the very last moment, after being snubbed by the BJP in favour of Dipayan Chakraborty.

Now as the polling date is approaching in the valley, campaigning in Silchar has progressed to a whole new level, where a musical battle has taken the forefront as many leading candidates have already released campaign songs to woo voters in favour of them.

The Cachar district, just like the other two districts of the valley, goes to poll on April 1 in the second phase of polling.

In Dholai, supporters and karyakartas of the BJP candidate and State minister Parimal Suklabaidya are busy promoting their own campaign song titled ‘BJP Ke Chhara Kono Bikolpo Nai’. A video shared by the incumbent MLA of Dholai shows a group of BJP supporters flaunting party flags and singing the song in unison in the middle of a street almost like a musical troupe. This musical battle has given the election campaigning in the Barak Valley a different dimension altogether.

Perhaps the most sensational among them all has to be from Dilip Kumar Paul’s camp, with an upbeat campaign song titled ‘Khela Hobe’. The song raises questions on a plethora of allegations made by the incumbent Silchar MLA in a press conference right after quitting BJP and announcing his independent participation. Starting from syndicates of coal, betel nuts, drugs to black money, Gandhi Bagh issue, the song reiterates all the allegations made by Dilip Paul against his former party colleagues. And just like its peers, this one too has been taken from a recently released song for Bengal elections posted on YouTube by a person called Debangshu Bhattacharjee, a spokesperson of Trinamool Congress, which has already been viral since its release back in January.

All in all, this assembly election has opened the door for a new wave of statement war hardly ever seen before, especially in the context of digital space and social media. Only time will tell, which campaign song managed to pierce through the consciousness of the voters.