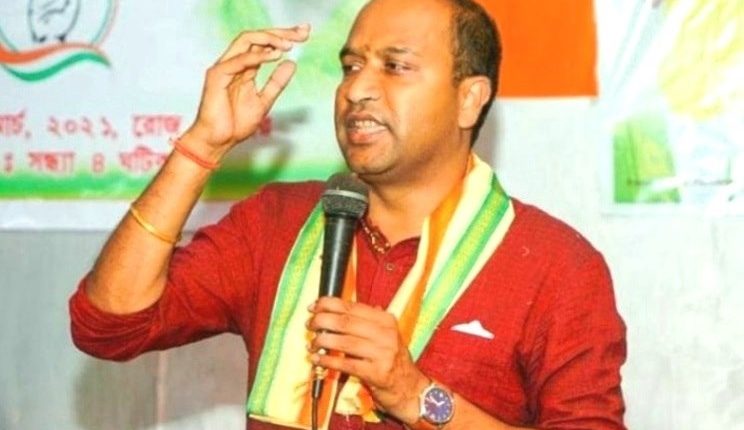 On one hand, the decision of the Assam Pradesh Congress Committee (APCC) to cut off ties with the AIUDF has created a huge controversy in the state’s politics. On the other hand, one after another cadres have been leaving Congress and the list is getting bigger. At first, Rupjyoti Kalita, a very dear friend of Congress MLA Kamalakhya Dey Purkayastha, left the party to join the BJP. Then, former Silchar MP Sushmita Dev too followed the trail.

In such a situation, what’s the roadmap of Congress in the coming days? What’s the future plan for the entire Barak Valley including Silchar? APCC has bestowed its trust on Kamalakhya Dey Purkayastha, the party’s MLA from North Karimganj by appointing him as the working president. However, he takes with turbulence all over.

After attending the core committee meeting of the party, Congress MLA from the North Karimganj constituency Kamalakhya Dey Purkayastha gave an exclusive interview to Barak Bulletin.

Here are the edited excerpts:

What is the reason behind suddenly cutting ties with the AIUDF?

You see, the core issue in democracy is the responsibility to the people. All opposition has a duty to the masses. The ruling party in the state will do their job. And those in the opposition must also be aware of their role. But sadly, in the last few months, there have been no signs of responsible opposition in the AIUDF party. Some of their behaviour did not even come off as responsible opposition. As a result, we were forced to make this decision.

A group of people are alleging that this is just an eyewash to get votes in the Upper Assam. Deep inside, there will always be an understanding between the two parties.

If a compromise had to be reached behind the scenes, it could have been done during the assembly polls. But we thought that somewhere it would only fool people. Rather, if there is an alliance, it should be in public. And if not, it will be in front of everyone as well. It is not right to do anything secretly.

After severing ties with Ajmal’s party, the question arises as to what was the need to ally just five months ago?

Politics is never a stable issue, that it will always be the same. Change is bound to come sooner or later. There is a big difference between the situation before and after the vote now.

But then the people will call you an opportunist. Saw the advantage before the vote, so the alliance was formed. Now that you have failed to form a government, realising that the aim wasn’t fulfilled, hence the alliance broke down.

It is not right to look at the matter in such a one-dimensional way. Every political party has to make a lot of decisions during the election. That also changes later. Don’t you remember what the BJP did in Bihar? In opposition to Nitish Kumar, the Prime Minister had said in a packed public meeting that the DNA of that man was bad. But later, as soon as the opportunity to form the government came, they joined with the hands of Nitish Kumar’s party. And look at us. Here, however, no opportunistic steps have been taken to form a government. Rather, Congress decided to play the role of a responsible opposition.

The result of the vote says that in many seats in the Barak Valley, you had the advantage of having an alliance with Ajmal’s party. It might have an impact in the future.

In the Barak Valley, the Congress won 14 of the 15 seats in the past by a landslide. Whereas then, the AIUDF, BJP all fought against us. Hence, I refuse to accept the theory that we will suffer because we do not have an alliance with other parties. On the contrary, my idea is that if you work for the people in the right sense, there is no need for any calculation during the vote. So I have no doubt that in the coming days, Congress will do well just like in the earlier days. 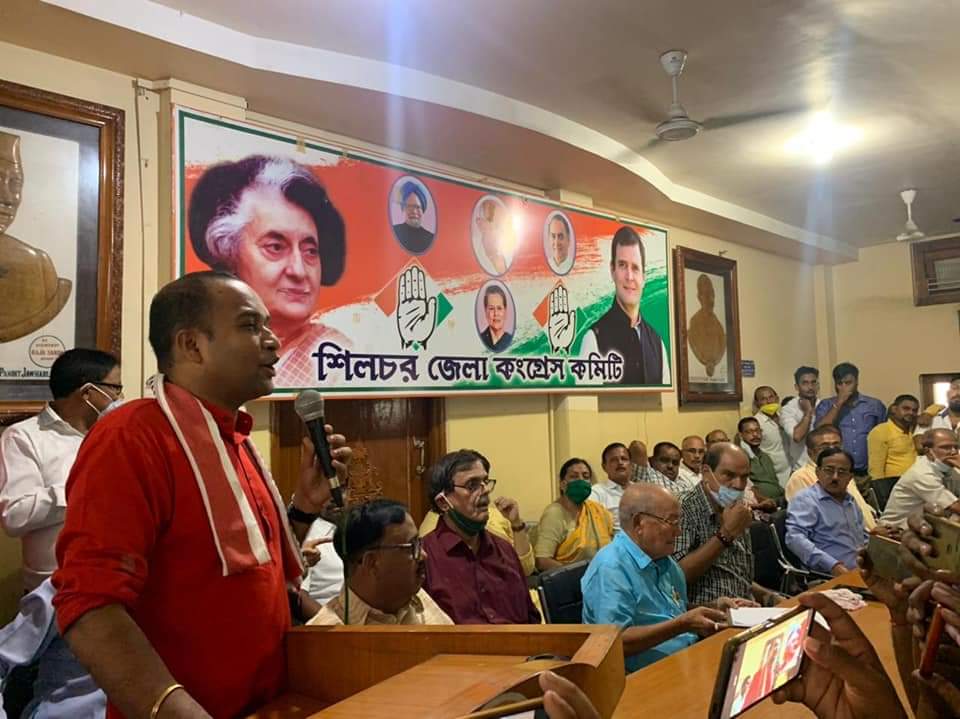 This time, you have been benefitted from direct rivalry with the BJP.

There was a tough three-way fight in my constituency. Even then, I managed to win by a good margin. That’s why I said, I do not believe in the theory of calculation.

You are talking about being a strong opponent. But there seems to be a rush now to leave the Congress.

The Congress party has witnessed many ups and downs over the years. Many large-scale leaders have left the party. Failed to make a mark and came back again. As a result, the party became weak or exhausted due to the departure of a few people. It is important to remember that Congress has had a much harder time before than today. But after overcoming every obstacle, the party has always returned to power.

Congress has suffered because Sushmita Dev has joined the Trinamool party.

As a colleague, I am of course saddened by Sushmita Dev’s departure from our party. There is no reason to deny it. But that doesn’t mean the party has fallen into disarray. Look at the events of the last fortnight. How many have left the party with her? No one with a little influence among the masses has joined Sushmita’s party.

But there was a kind of thunderstorm at the meeting you called at the Cachar District Congress.

That day a person came and behaved beyond the level of decency. In politics, there can be a deep conflict with someone. But it is never acceptable to behave rudely. As a result, he was warned and removed. Rest, there was no problem.

Rumours suggest that your party is pulling the strings in the Cachar District Congress. Despite having a district president, it was practically rendered powerless.

Plans are ongoing to bring change in the organizations of different places at different levels. That includes Cachar as well. But to do that, it requires a detailed discussion with everyone. For that, a committee has been formed. Nothing has been done at all yet to seize power from anyone.

Three-time MLA in a row. You are the main face of the Congress in the Barak Valley at the moment. Do you have any plans to contest Lok Sabha elections from Silchar in future?

I am very reluctant to calculate these imaginary numbers. Voters make leaders in politics. I’m never bothered with that. I just want to fulfil the task given to me currently. Now there is the responsibility towards the voters and of the party organization of North Karimganj. I want to fight for that with my everything.