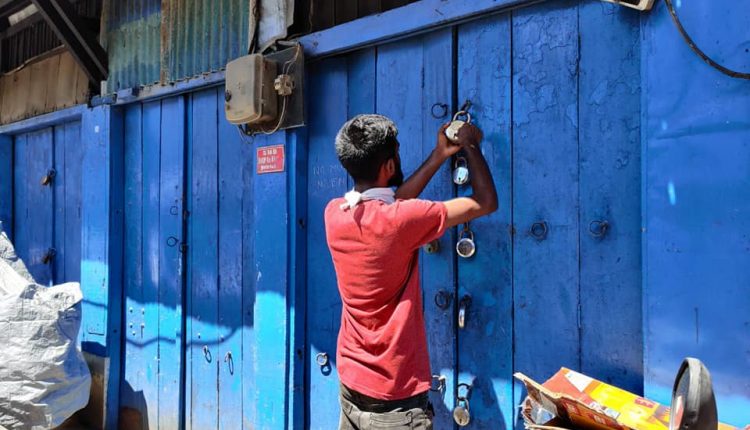 Positivity rate dropped in Cachar by 50% after nine-day lockdown; Here is what experts have to say

“I must be cruel only to be kind.” On August 23, 2020, the deputy commissioner of Cachar Keerthi Jalli had said this to Barak Bulletin while announcing a nine-day nuanced or partial lockdown. The deputy commissioner added. “The need for an imminent break in the chain of transmission was felt and hence this preventive measure is being taken.”

Her statement made two things clear. One, lockdown is cruel, and second the reason why the lockdown was imposed. Hailakandi and Karimganj DC echoed the same and Barak Valley was under restriction for nine days till September 4.

All three DCs and especially Cachar’s Jalli got heavily criticised for imposing the lockdown. The “cruel” concept drove millions out of jobs since March 2020. Daily wagers, unorganised workforce suffer the most during the lockdown.

Has the nine-day lockdown helped administrations achieve what they wanted to? Let’s start with Cachar. Microbiologists in Silchar Medical College and Hospital said one must study the COVID data between September 7 and September 13. According to them, the people who got infected during the lockdown would reflect in the data collected at that time period.

“Say someone got infected on 28th August. By 3rd or 4th September, he or she is likely to develop symptoms and by the 7th the person would get tested. Therefore, the report of that person’s test would reflect in the data collated between September 7 and 13,” said a professor of SMCH who wished not to be named. 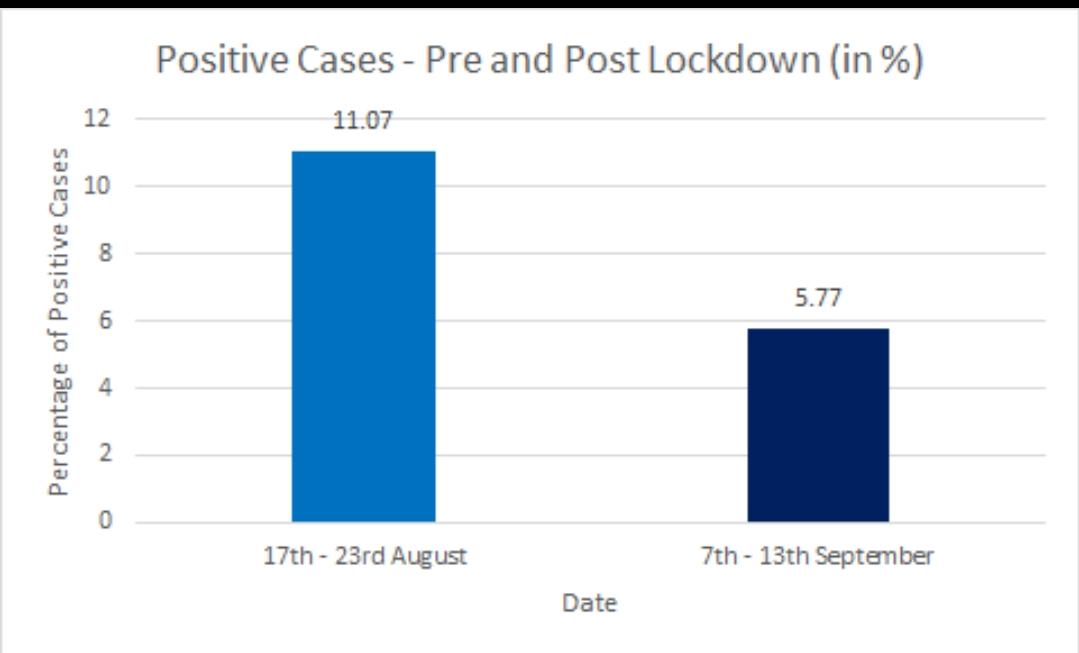 Associate professor and head, Department of Statistics, GC College Dr. Gopa Singha shares her view after studying the numbers. “As per the data provided the difference between the proportion of positive cases pertaining to the two periods Aug 17-Aug 23 and Sept 7-Sept 13 is highly significant.”

She simplifies, “The proportion of positive cases in the later period is significantly less than that of the previous period.”

“Prior to the DC enforced lockdown, the positivity rate was 11.7% and it has dropped to 5.7% in the post lockdown week,” explains Joydeep Biswas, Associate Professor and Head, Department of Economics, Cachar College.

He adds, “However, the effective value which was in 200s before lockdown has dropped to low 100s or double-digit post nine days of restriction. So, while one might interpret that before the lockdown the growth rate was decreasing by 22 people per day and later it became eight people per day so it was better earlier. That is not the case as the overall number was far higher earlier compared to the week after lockdown. Earlier, when the number of positive cases was around 220, the decrease was by 22. Post lockdown, the number of cases has dropped to 80s and so, an average decrease if eight people per day is also significant.

Professor Biswas recalls the common saying in Statistics, “Association is not always causation.” Based on that he explains, “Yes, there is a significant decrease in the positivity rate but was it because of the lockdown? There is not enough evidence to say yes. What we can say is, statistics show that the situation has improved after the lockdown. But would that have improved without the lockdown, that’s a hypothetical question that stays.”

Professor Bhattacharjee also echoes Biswas’ analysis. “See, Coronavirus induced pandemic is reflecting the trends that we have observed during Spanish Flu, Plague and other pandemics. There was a steep increase in the number and then as herd immunity developed the number declined. The fact is that the number is declining and there was a significant change in the rate of lockdown pre and post lockdown. But we cannot attribute that entirely to the lockdown.”

Dr. Bezbaruah opines, “The number of patients taking admission to SMCH’s COVID wards has reduced to a single digit. It may be the effect of the nine-day lockdown.”

“Weather may be another reason,” feels Dr. Bezbaruah. He adds, “These days due to heavy rain and environmental temperature coming down, the intensity is less,” he concludes.