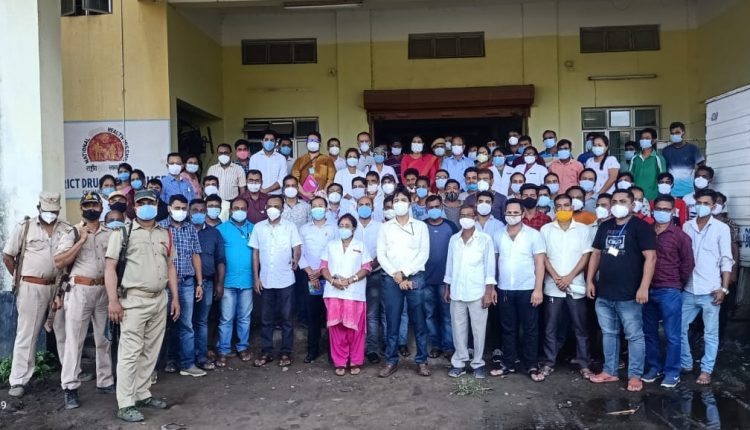 Till 6:00 pm, according to the data shared by Cachar Health Department, 5,912 samples were tested on the Rapid Antigen Test kit, and out of them, 101 tested positive reporting a 1.71% positivity rate, down from yesterday’s over 5%. Six samples tested positive on RT-PCR till 6:00 pm and more reports are awaited.

In Silchar Medical College and Hospital, 178 patients are currently under treatment and out of them, 79 are in ICU and 19 patients are on a ventilator, 127 are on oxygen support. 31 patients took admission to the hospital on Sunday while 44 were discharged.

A 48-year-old resident of Kumbirgram Cachar, Pulak Das was admitted to the hospital on June 13 and was declared dead on the same day.

In the Karimganj district, 2,495 samples were tested for COVID19 and out of them, 48 tested positive reporting a 1.92% positivity rate. Currently, there are 1,024 active patients. In the Hailakandi district, 34 samples tested positive taking the total active cases to 761.