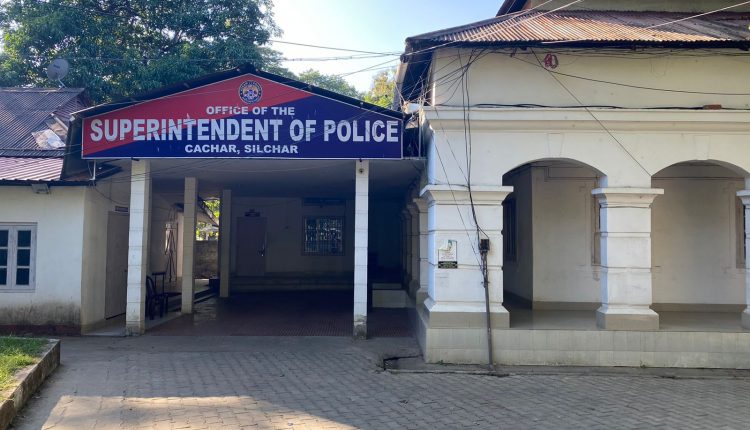 If the former FIR against which Cachar Police has arrested Pradip Dutta Roy was argued as a dubious one by his lawyers, here comes another one which is nothing but using the media for a ploy.

He states (we quote verbatim) “I like to lodge this FIR regarding that today on 27,11,2021, at 11:30 am, I was been informed by respected Dy. SP. HQ, Cachar that today, DY SP HQ Sir called down one Shri Pradip Dutta Roy at his office chamber for examination/ascertaining some facts and matters in connecting to the statement or provocative dialogues made by Shri Pradip Dutta Roy since a few days before, through local newspapers and various portals. While it was about 11:00 am and some media personnel were waiting there in front of the office chamber of DY SP (HQ) Silchar for collection of information regarding the situation of the district headquarter.”

Here comes the biggest revelation. “One of the media personnel got grievous injuries on his down chest portion (The level of heart) while Pradip Dutta Roy assaulted him with forceful blow.”

Medhi goes on to add, “It is further reported that from such unwarranted activities of Pradip Dutta Roy there happened disturbances in performing official duties by Dy SP (HQ) and other office staff for about hours.”

“I therefore lodge this FIR for registering a case under proper sections of law and book the culprit into the law. Your’s faithfully, Ananda Mehdi IC Tarapur Town Out Post,” concluded Ananda Medhi.

It is worth mentioning here that one media person was escorted to the Silchar Civil Hospital at around 12:30 am in the morning (late night) to conduct his medical tests. There the journalist was examined by the doctor in front of 20 media personnel. The doctor, in his medical report, wrote that, the examinee (journalist) suffered, “No External Injury.” The report was seen by all the journalists present there including the Barak Bulletin correspondent.

What is also worth noting is the fact that the prestigious Press Club or other organisations representing the journalists, did not file any case or lodge any complaint regarding an assault on the media.