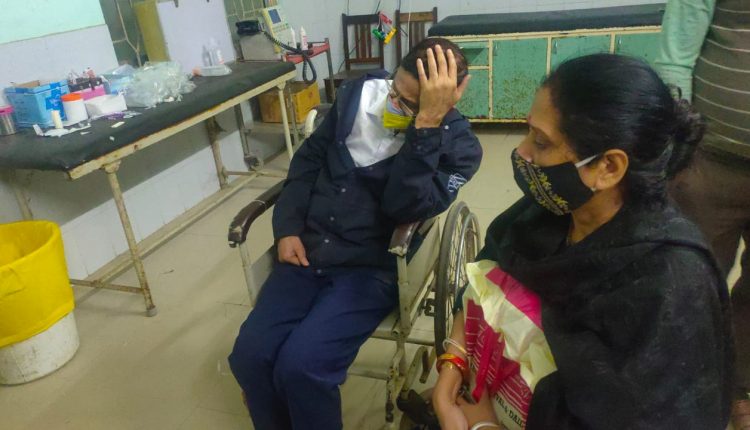 Pradip Dutta Roy rushed to SMCH after he complained of chest pain; Doctors refused to admit

Pradip Dutta Roy’s wife and daughter had requested the jailor to allow home food as he is unwell and under treatment. Having undergone a liver transplant, Dutta Roy stands the risk of an infection and therefore, the family pleaded to provide hygienic living conditions and boiled water that they would bring from the home. Family members’ request was rejected by the jail administration and he was locked up and provided food just like any other prisoner.

At around 2:00 am, when he complained of chest pain, the Jail Superintendent allowed the family to seek medical suggestion and he was rushed to Silchar Medical College and Hospital.

There the doctors treated him and denied admission. According to family sources, though he complained of chest pain and his feet were swollen, the doctors refused to admit Pradip Dutta Roy.

Sources close to the development said that the treating doctors did not even provide him with room for a proper check-up. Instead, the doctors said he is fine and he should be escorted back to the Silchar Central jail.

Till 4:30 in the morning, Barak Bulletin’s correspondent reporting from the Silchar Medical College and Hospital said that the family is insisting the doctors to admit him while the doctors remain firm in their assessment and are asking him to be escorted to the Central Jail. Eventually, if Dutta Roy is admitted to the hospital is something that remains to be seen.