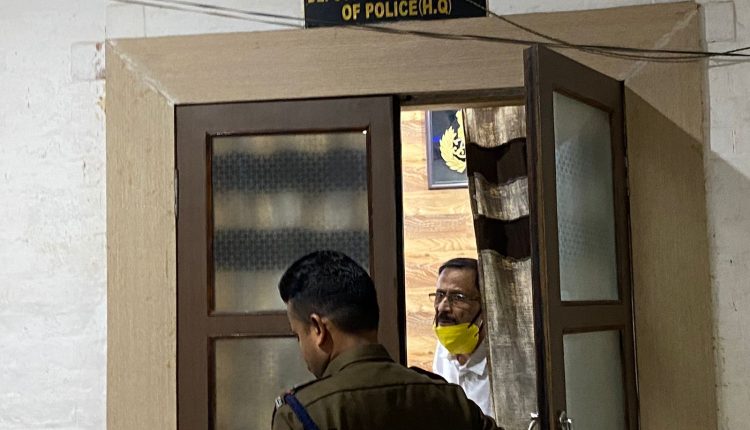 Pradip Dutta Roy was summoned by Cachar Police at 10:00 am in the morning. And till 7:00 pm, he has been kept inside the DSP Hedquarters Cabin. His daughter had come once to hand over his sweatshirt and routine medicines as he was not prepared for the long stay at SP Office.

“I have already established a connection with the Human Rights Commission as he was summoned in relation to one case in morning and arrested against another. This is completely illegal. There is a special Provision under the Human Rights Act relating to illegal detention and we are demanding a probe into the matter as we believe that the detention is illegal and inhumane,” said advocate Souman Choudhury.

Choudhury added, “He was issued a notice under section 41A relating to a previous case against him. He went to the SP Office at 10:00 AM in the morning and there was no interrogation but he was just kept sitting. Then we have got to know that at 4:00 pm there was another case lodged against him based on which he was arrested. Now this becomes clear that there was a conspiracy against him.”

His family members said that he is a liver transplant patient and the way he has been treated could turn out to be dangerous for his health. “Moreover, Assam Police has violated the Supreme Court guidelines in State of West Bengal versus GD Basu case. As the Assam Police has violated so many key guidelines, we will go to the Assam Human Rights Commission and National Human Rights Commission,” said Choudhury.

The advocate also said that Kalparnab Gupta, who is a student of IIT Mumbai was kept detained at Tarapur Outpost. “The IC of Tarapur was informed that Kalparnab Gupta has an important online examination and yet, he was not allowed to take the test. By missing this examination, he has put his career at stake. Due to this, we will demand an investigation against the IC of Tarapur and SP Cachar Police,” said Souman Choudhury.