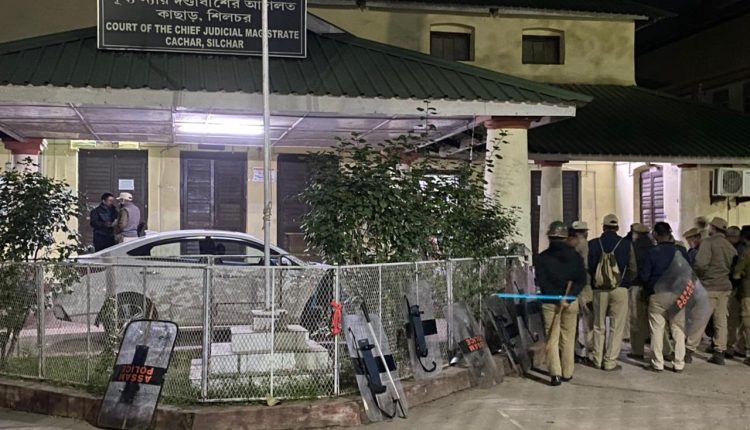 After Pradip Dutta Roy was arrested from the Superintendent of Police, Cachar’s office, he was taken to the Silchar Civil Hospital, for medical check up. A senior citizen, Pradip Dutta Roy is a liver transplant patient and is ailing from heart disease. The medical officer at Silchar Civil Hospital referred him to Silchar Medical College and Hospital.

DSP Headquarter, Dr. Kalyan Kumar Das accompanied him and black pather commandos escorted him towards the Silchar Medical College and Hospital. However, the convoy took a ‘U’ turn at National Highway Point and moved straight to the court of Chief Judicial Magistrate, Cachar.

His daughter, wife accompanied him and the case is being heard at the CJM’s court. The court was on a holiday as it is the fourth Saturday of the month. While the medical proceedings were due, the CJM is hearing the case. The family suspects this ‘U’ turn is another conspiracy against him.

Pradip Dutta Roy is the founding president of All Cachar Karimganj Hailakandi Students’ Organisation (ACKSHA) and the chief convener of Barak Democratic Front (BDF). He was summoned at 10:00 am today and then arrested at 6:30 pm. At 8:15 pm, he was escorted out of the SP office.