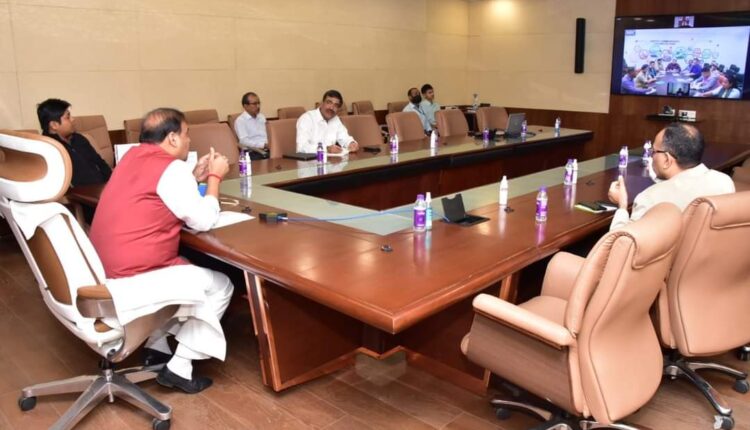 Preparation for the Silchar Cabinet Meeting in full-swing, CM checks on district administration

The upcoming Assam Cabinet meeting that is going to be held in Silchar is certainly creating a buzz. The cabinet meeting will be held in Silchar on November 29, Tuesday. After the meeting was called off thrice for several reasons, including the two waves of floods during the monsoons, the fourth time is certainly going to be the charm. Cabinet Ministers of Assam and associates of the state government will be present in Silchar the next Thursday. This is a much-awaited meeting as the meeting is expected to bring “good news” when it comes to development for the people of Barak Valley.

The town is getting a touch-up as the date of the cabinet meeting is nearing. The district administration and various departments are taking measures for the smooth conducting of the meeting as the delegates and ministers will reach Silchar. This is the first such cabinet meeting in Barak Valley. The Chief Minister of Assam sat for a meeting with the Deputy Commissioner of Cachar virtually to check on the works and preparedness for the meetings. Himanta Biswa Sarma also checked on the various development works and projects that are being undertaken by the District Administration, including the work of pipeline.

Roads are being repaired and so are the dividers separating them. The town definitely will get a makeover to make the commute and accommodation smooth for the guests. Various organisations, including the opposition have started to push for their demands through memorandums and demonstrations.