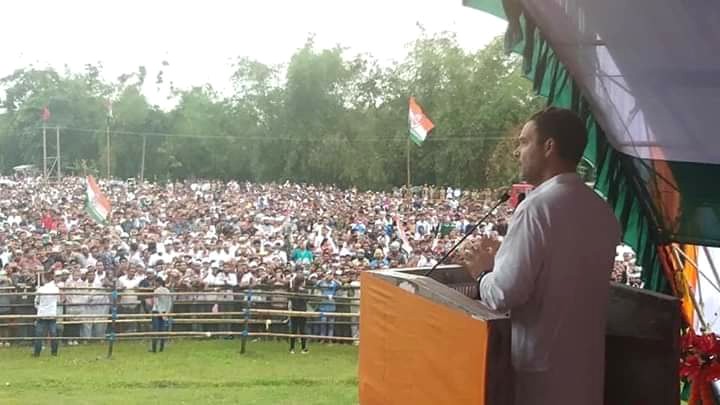 The district administration has issued show cause notice to some schools for sending students to the INC rally at Panchgram on Tuesday.

Issuing the show cause notice to the schools, District Election Officer, Keerthi Jalli asked the heads of the educational institutions as to why immediate action including cancellation of certification and permission to run the schools be not initiated for blatant violation of the Model Code of Conduct and Representation of People’s Act, 1951.

The heads of the institutions against whom show cause notice have been served are Adarsha Vidyalaya, Panchgram Quomi Madrassa, Moulana Abdul Ali Memorial Jaliliya Madrassa, Oxford High School and Cambridge High School, all situated at Panchgram.

Taking serious view of the presence of large numbers of students in uniforms in the INC rally at Intake Field at Panchgram yesterday, DC Jalli in her show cause notice to the heads of the schools said, “You have insulted your position as an educator, the noblest of professions’.

24 hours have been given to reply to the show cause notice failing which strict action will be initiated against the schools.