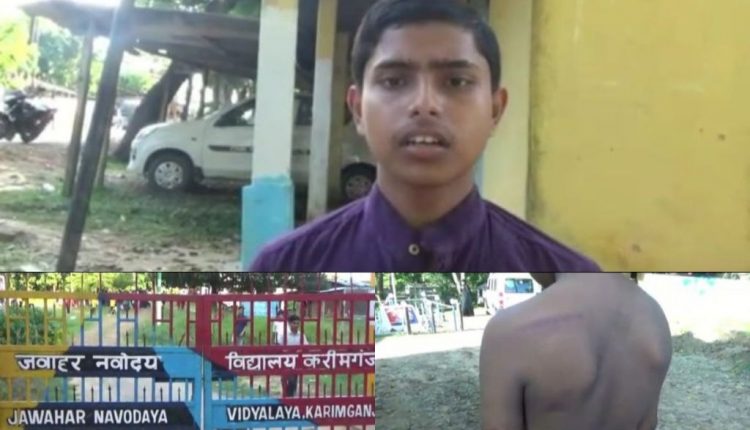 A class X student came and informed Iftikhar Alam and his classmates that seniors have summoned all class 9 students. Since not everyone wanted to go, the class X student arranged a lottery. The chits were thrown and the one opened had Alam’s name written on it. Iftikar Alam then, as asked went downstairs to a senior’s room where according to him there were three class XII students.

He alleged that they one of them named Zahir Abbas asked him to get a bucket. When he got an empty one, they rebuked him. Another kid Shaheen Ahmed then harrassed him and when he tried to excuse himself saying he has to study, they beat him with a belt. “After I went back and filled the bucket and got it to the senior’s room they started asking me to do something else. That is when I said, please get someone else to do so as I wanted to study. Saheen did not like that and asked me to remove the belt from one of the pants lying on the floor. I removed the belt and gave it to him with which he brutally assaulted me,” says Alam.

Iftikhar’s father Safique Uddin has filed an FIR in Ramkrishna Nagar police station against Shaheen and Zaheer for harassing Iftikhar. “I did not know about the incident. Guardian of one of Alam’s friend called me and told me about it. When I removed his t-shirt and checked the wounds on his back, I was shocked. Immediately I went to the Police station and lodged a complaint,” said Alam’s father.

Cachar College Clash: An Islamophobic act or politics against a teacher?