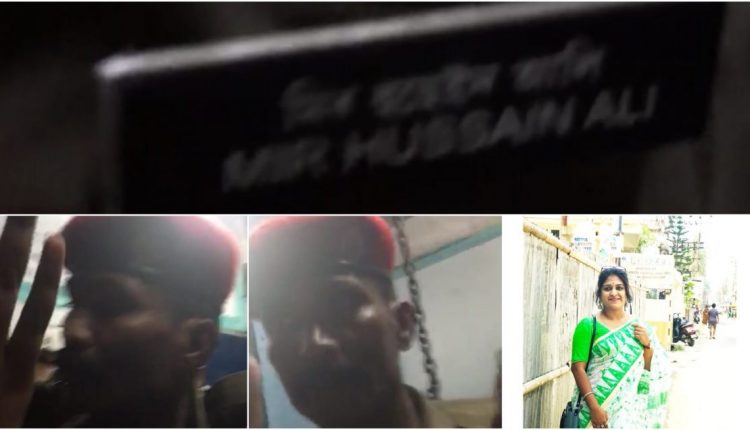 Traveling from Silchar to Sealdah by train, Sweta Roy of Barak Valley encountered an experience what she calls a “nightmare”. She and her mother had their berths booked in one of the Sleeper Class coaches. When the train reached Kamakhya station they saw a Railway Police constable guiding passengers inside the reservation coach. None of those passengers had reserved seats and the sleeper class coach was getting extremely crowded. That was when Sweta Roy questioned the constable why he instead of guiding them out escorting passengers with general tickets inside a reserved coach.

Sweta tells us, the constable did not like her questioning him and replied saying “speak in Assamese, I do not understand Bengali.” Sweta then asked him the same question in Hindi and he again replied saying, “speak in Assamese, I do not understand Hindi.” By the time the train had left Kamakhya station and next stop was Rongia, a station in Bramhaputra Valley. Sweta asked the constable on duty and in uniform how could he allow passengers without reservation enter the sleeper coach to which, according to her, the constable replied, “Is this your father’s train. If you have any power get them off the train and show me.”

Sweta says, the constable was shouting by then and her mother came rushing to understand what happened. “He abused my mother too and that is when co-passengers with reservation jumped in the argument. While the argument was on he pushed me hard with his hand and that is when I felt shattered,” says Sweta Roy.

Her co-passengers stopped the constable and questioned his behaviour, they also found out that he was drunk. Sweta then said she would lodge an official complaint against the constable and he must tell his name, that was when he removed his badge from his uniform and threw it out of the door. However, in one of the videos, his badge did get captured and it reads, “Mir Hussain Ali”

When the train reached Rangiya station, the constable jumped out and ran off from the scene. Sweta and her co-passengers went to lodge an official complaint, but, the station master asked them to do the same in New-Bongaigaon. “When we reached New-Bongaigaon station and went to the complaint booth, they said that they only register complaints about lost and found and not harassment or misconduct by a railway police official,” says Sweta Roy.

Her family member after knowing about the incident tweeted tagging Railway Minister Piyush Goyal, the Ministry Of Railways and other government handles which incurred a response, “When the train stopped at Farakka station, a team visited us and asked about the entire incident. They took note of whatever we said and then got off the train,” informs Sweta.

She and her mother now plan to lodge an FIR after reaching Sealdah Station in West Bengal.

Sweta Roy is a popular name in the socio-cultural fraternity of Barak Valley. She is an active member of the Barak Valley Voluntary Blood Donation Forum and plays an active role in conducting blood donation camps in an around the valley. Apart from that, she also contributes as a freelancer to many news publications in Barak Valley.