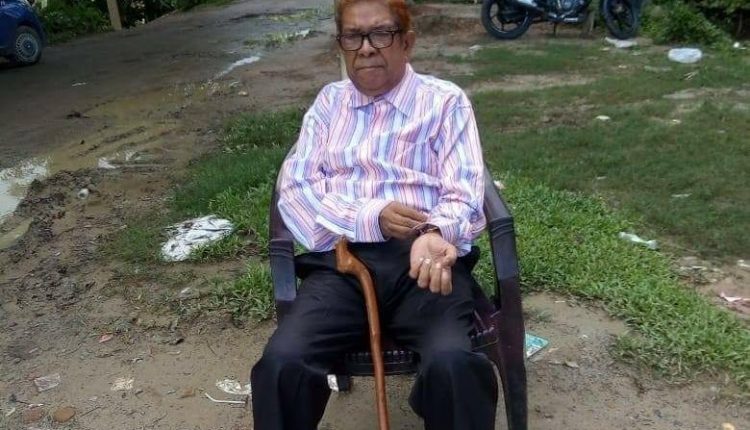 Recognition good but won't deviate from my path" : Atin Das on receiving Journalism Award 2021 by Assam Government on Republic Day

The Assam Government will be felicitating a veteran journalist on Republic Day like previous years. This time senior journalist and Barak Valley son Atin Das will be awarded with the Journalism Award 2021 on 26 January by the Directorate of Information and Public Relations. The award comprises of 1 lakh rupees cash, a commendation letter, a memento, a xorai, a gamucha and ongo bostro.

Speaking about his initial reaction to the award with Barak Bulletin, Atin Das shared, “Getting any kind of recognition feels good. Past works getting recognised mean my life didn’t go in vain. I’m thankful to the Assam Government for nominating me for the award. I have been associated with journalism since the last 56 years, having an independent identity of mine. Rest assured I will always try to live upto the expections of my own readers and well wishers and never deviate from the path due to any inducement or coercion.”

Throughout his career Das was associated with various prestigious newspapers and magazines in the country. In 1966, he became the editor of weekly newspaper “Barak” published from Silchar. He joined the “Saptahik Jugasankha” as an executive editor in 1970 and later carried on his duty as the editor of “Dainik Jugasankha” from 1990 to 2004.

He has also worked as the editor of “Dainik Sangbad Lohori” newspaper based in Guwahati. Besides, he discharged his responsibilities as a correspondent of “Malabar Herald”, “Dainik Basumati”, “Anandabazar Patrika” “Assam Express”, “Hindustan Standard”, “Navbharat”, “Satyajug” and was an associate editor of “Alok”, “Arunodoy” and “Dainik Gati”.

Das has published more than 50 novels. The founder of Silchar Press Club Das, he also attends various programmes held by educational institutions as a guest putting forward his views in various seminars and discussions.

Atin Das entered journalism in 1964 for a salary of Rs. 20 per month. He was a meritorious student and could have easily earned a high remuneration job instead of choosing journalism. “If not journalism, I would have opened a bookstore,” shared Das. He further shared that his family used to get scared whenever he left the house with the pen, “O toh mathe maara jaabe / He will die in the field” is what his family used to feel about him.

Throughout his career, Das retained his flamboyant attitude not bowing to any kind of pressure or threat from anyone. He is known for calling a spade a spade and has even come under tremendous verbal attack after writing in favour of Subodh Biswas. But the attacks didn’t dampen his spirit, “They told me we want a death sentence for Subodh Biswas. I told them to go and plead a death sentence for me also,” was his befitting reply. In an era when journalists all across the country fear revealing personal details, Das till date signs his columns with his personal mobile number to receive feedback from his readers.