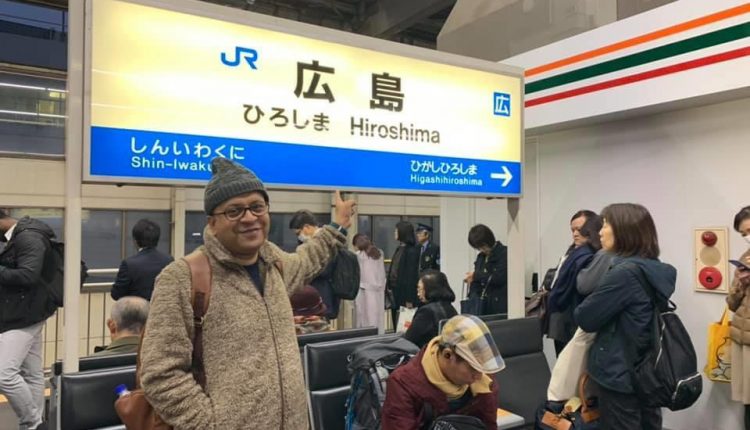 Today is Hiroshima Day.  75 years back on this day in 1945, the first atom bomb ‘Little Boy’ was dropped by the US at Hiroshima in Japan, making it one of the most dreaded and remembered events of World War 2. This incident changed the history of the world. At the outset let me pay my respects to the lakhs of people who died due to the blast and the ones who have been injured and maimed for life, including many who survived to tell their stories of woes of that incident and the years ahead.

I always carried a personal regret of not visiting Hiroshima while on trips to Japan. There was always an inner urge to go there and pay my respects to the innocent people who lost their lives due to that sad incident of 6 August 1945. My wife’s PhD thesis was on the atomic bomb as a deterrence for peace, one of the rare research into the philosophical aspects of nuclear technology and its march. For her, there was also a larger aspect to discover among the locals how they saw the bomb after 74 years. So in November 2019 last year we planned a trip to Japan with the principal aim of visiting Hiroshima and had other programs lined up across Japan. In 2015 when I visited Japan for the shooting of my documentary ‘Memories of a Forgotten War’, I had met a gentlemen whose personal narration of the tragedy of the bomb to his family had struck me and reminded me again and again.

I kept the visit to Hiroshima for a complete day after the end of all programs and visits to other cities so that the mind was free from all distractions. To my mind this was a very important visit as I always felt that while I’ve visited many parts of the world and mingled with so many cultures and people of different nationalities, somewhere in my own study and philosophy of belief, I wanted to understand how humanity behaves, fights, accepts others, shows resilience and most importantly forgiveness and compassion. Japan’s rise as a nation post world war 2 is a story that intrigues me: how as a race they left everything behind with no hatred despite such a tragedy to bounce back and become one of the most peace-loving, well-mannered community and so much hard-working and industrious. Their penchant for precision is the greatest point of my attraction and respect for that community.

So we took the early morning 4-hour long bullet train Shinkansen from Tokyo to Hiroshima on the 22nd November 2019 by the Nozomi service which is another fascination of mine. Japanese trains run on precise time, stations and trains are super clean and the staff is very polite and helpful. We had planned our circuit from the Hiroshima station and all of the milestone locations were close to each other. The city of Hiroshima has some important sites for tourist attraction sites amongst all around the location of the bombing. We started with the Hiroshima Peace Memorial park which was established in 1954 at the center of the city to commemorate the deadly nuclear attack on the city. After entering the park, we stood in front of a Cenotaph which contains the names of those who were killed in the incident. The Cenotaph is situated beside the Atom- Bomb dome. The Cenotaph carries a short text scripted on it saying “please rest in peace, for [we/they] shall not repeat the error”. Spent time at the cenotaph seeing the hordes of visitors who come from various Japanese cities and villages as also international tourists. Many school children accosted us to answer them some questions on their notebooks as they do a project to know how does one feel about the place. It was a real happy moment to interact with them.

A slideshow of images from Bhattacharjee's visit 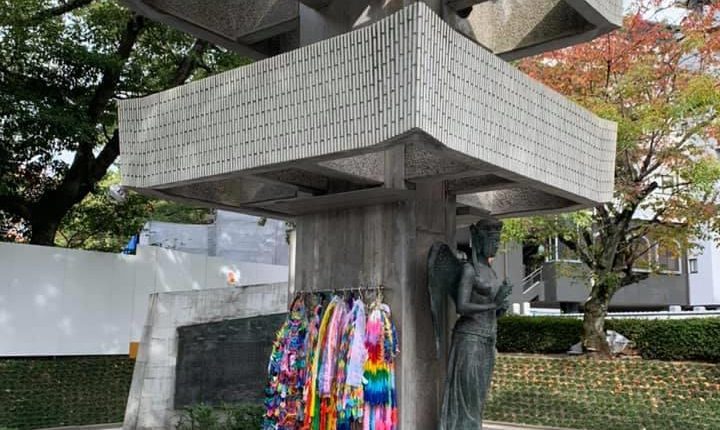 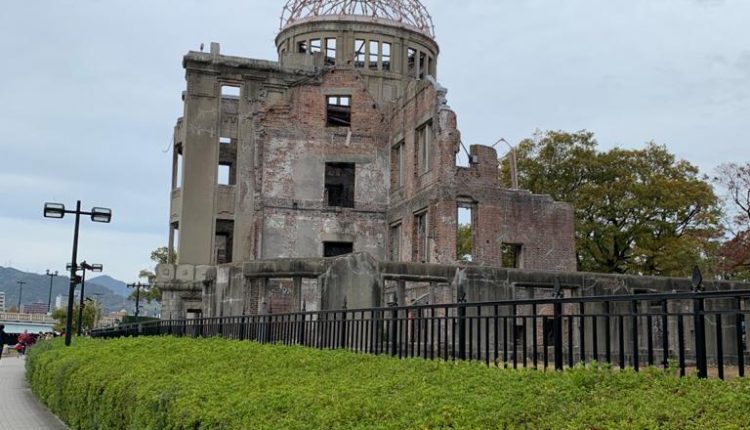 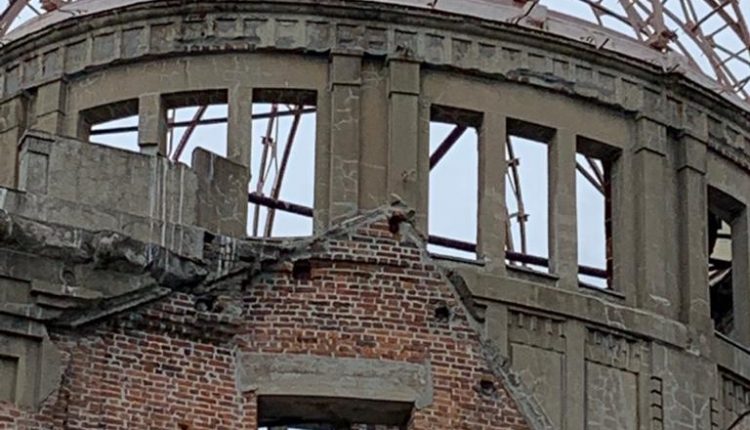 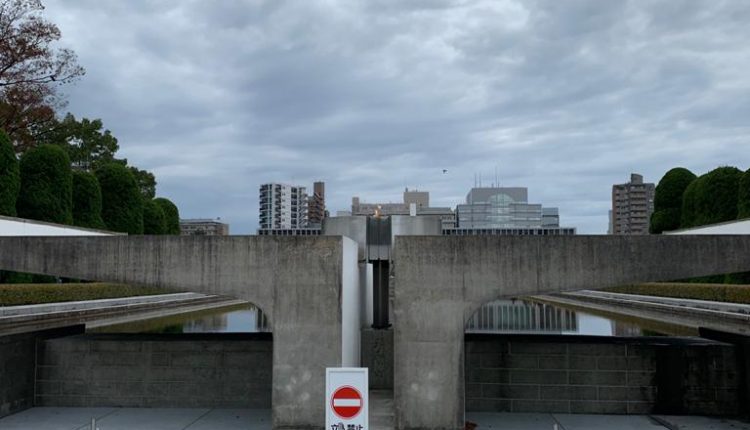 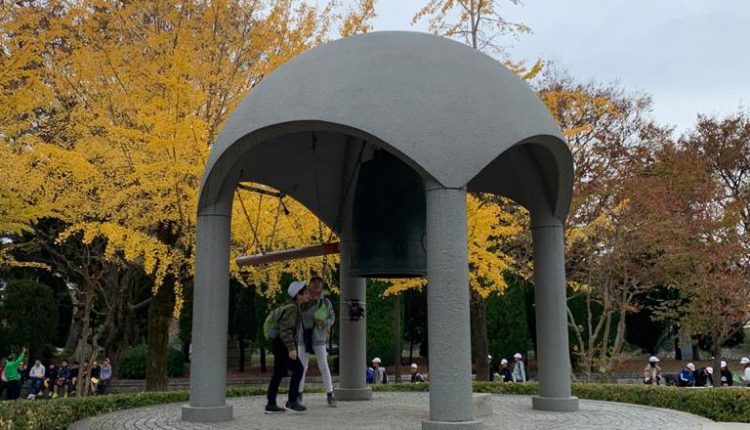 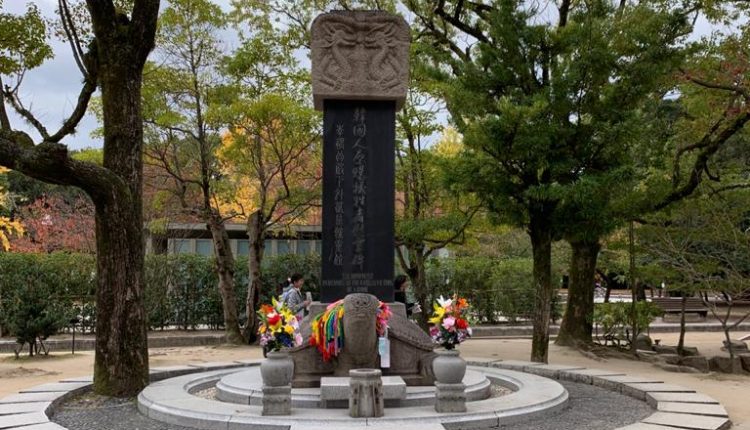 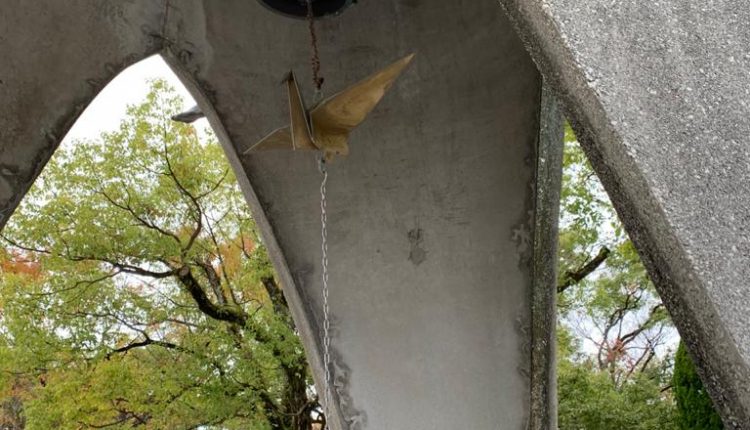 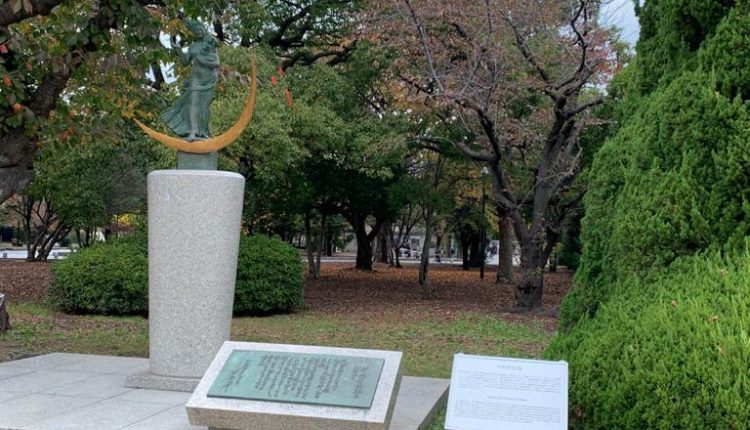 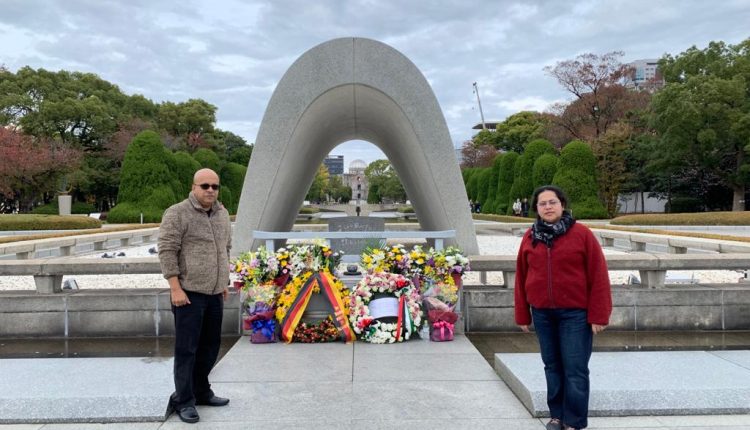 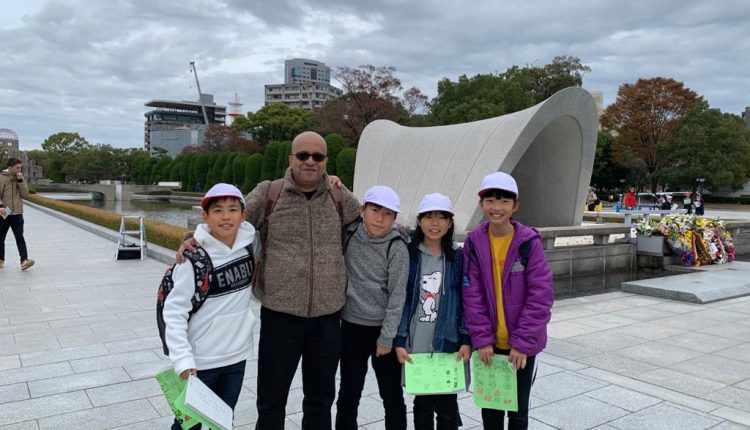 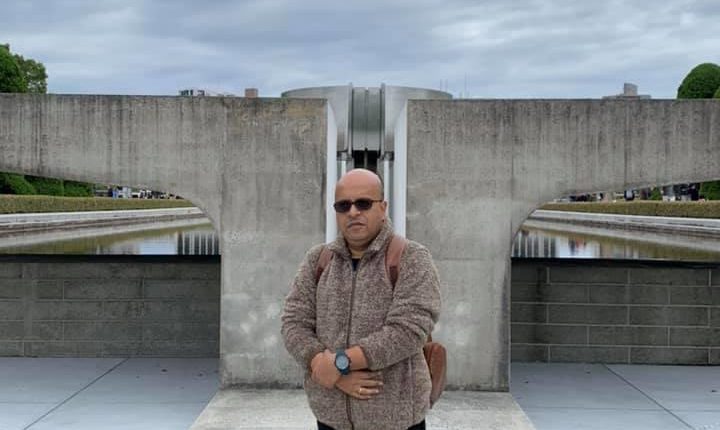 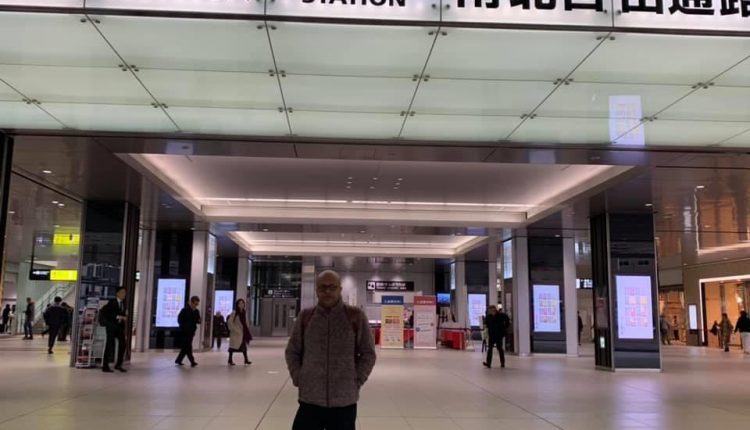 After spending about 30 minutes there at the Cenotaph, we walked to the A-Bomb Dome which is the ruins of the former Hiroshima Prefectural Industrial Promotion Hall which is the closest building located at the drop zone of the bomb. The ruin was left as it is in the memory of the people who were affected by the bombing. We walked around the dome and observed minutely the damages and wondered at its strength as it withstood some thousands of degrees of centigrade temperature due to the fission impact. Also sat there and clicked photos of every angle of the dome. In 1996 UNESCO added the A-bomb dome as a heritage site. Another memorial that is situated inside the park is the Peace Flame. The Peace Flame is another monument built in the memory of the people who lost their lives in the incident, the unique thing about the Peace of Flame is that the flame has burned continuously from 1964 when it was built and will remain to burn until the world becomes nuclear-free.

After about an hour at the dome, we went to the Children’s peace monument situated inside the Peace memorial itself. This memorial is built in memory of all the children who suffered the Little Boy. There is a story behind this site and it narrates the story about a young girl named as Sadako Sasaki who was a victim of the incident. She was just two years old when the bomb was dropped; she was highly radiated but also survived for another ten years. At the age of twelve she died of Leukemia and today she is remembered by the one thousand folded Origami cranes folded by her during her lifetime. Not just in Hiroshima, but even in Seattle Peace park in US there exists a bronze statue of Sadako Sasaki in her memory.

As I walked through the park and the memorials I was constantly thinking what mankind went through when the first atomic bomb was dropped on 6th August 1945 and the countless stories of sufferings and deaths and what are the lessons that humanity and nations have taken from this incident. Both of us sat by the waters there and reflected on these issues and where the nuclear story was going around the world and if the world was a peaceful place compared to those times. North Korea was not far away from where we were and creating turmoil with its disastrous and unpredictable tryst with nuclear technology. Globally while the major nations had worked towards a stability regime but that still seemed very fragile.

India’s responsible behaviour with nuclear technology and the clandestine games that our neighbor Pakistan indulged in apparently crossed our minds. Apart from exploring and reflecting, we also conversed with a few Japanese people who had come there to visit and also a gardener who had a frail knowledge of English. As my better half could speak some Japanese from a course she had undertaken years back, we had a lot of insights from the locals and got a lot of respect everywhere we went. We came back to the station after visiting the Hiroshima city office and had some nice meal and bought souvenirs. The trip was not only satisfying and completing an inner wish but was a great experience but also got the opportunity to learn and see a chapter from the bygone history. Even today, I cherish my memories from Japan and would love to go there again and explore more parts of the country.

"Will break protocols and sit in the middle of the road if the 5-month-old is not rescued immediately," Aminul Haque Laskar