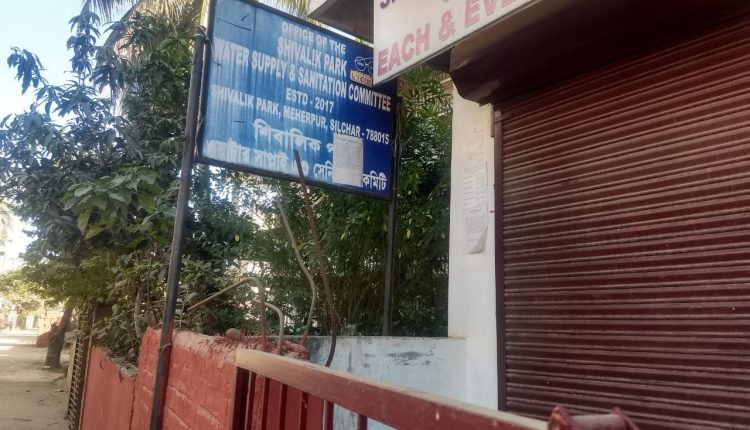 People in the Shivalik Park area of ​​Meherpur are now terrified even during broad daylight fearing that thieves will break into their houses if windows are kept open.

Elderly people in the area who live alone are being frequent victims. Even the houses of police personnel are being robbed but the administration has failed to catch any of the culprit.

Now the courage of thieves have increased so much that they are renting houses in the area to steal at night. On Monday, six homes were robbed in the darkness of the night. Locals say there have been at least 30 thefts in Shivalik Park in the last six months but still police wasn’t able to nab a single of them.

Debashish Paul, on behalf of the Shivalik Park Development Committee, said they had caught a thief and handed him over to the police but it didn’t resolve the problem. The people of the area are keeping watch at night, buying flutes for securing their homes. Young lads are keeping a vigil at night to see if there is any unusual noise in anyone’s house. However, the thieves somehow alter their plan seeing all the arrangements due to which the problem remains the same.

Paul told “Now the thieves in the area are not afraid of anyone. Once they started by renting houses in the neighborhood. We discovered it and handed over complete information to the police. But that didn’t dampen the spirit of the thieves as the police did not take any action against them. It is a hazard now to keep windows open and sleep at night. An old woman who lives alone, was sleeping with her windows open. The thief entered her house and took all her valuables.”

Speaking about police in-action Debashish said “Not only at night but thefts also take place during the day equally. Houses of policemen have also robbed but have not been able to arrest the perpetrators. The geographical location of Shivalik Park is such that there are roads in different directions so the thieves have much easier chances of escape. We have repeatedly talked to the police about this. At one point the police officers said they are helpless. We are in a society where the police say they are helpless to catch thieves, whom should we look forward to when there is lawlessness? We managed to keep a securty guard at our own expense but to no avail. Then we all decided to buy a flute to keep everyone in the area alert at night. Still now, whenever we wake up at night we play the flute on the roof so that others become alert and aware. However, despite all this, the situation is nowhere even close to control. We don’t know how we can come out of it. Thieves somehow gather private information about us and change their plans. Maybe they sit in a tea shop in the neighborhood and talk to us and get all the news.”

But it is not just Shivalik Park. Thefts, robberies have increased almost everywhere in Silchar city. Anti social activities are on the rise, especially after the lockdown period. The police officers are being informed frequently about it but the courage of thieves is not diminishing at all. On the night of Kalipuja, robberies took place in different parts of the city. It is linked to other criminal incidents in the city. Gambling and alcoholism have started to re-emerge in different parts of Silchar.

Many say the police have information about this, but they are not taking strict action for special reasons. If the lawlessness continues, the life of ordinary people will become miserable in the future. The administration and people’s representatives are not coming forward to solve the problem even though the common people have repeatedly raised their voices.