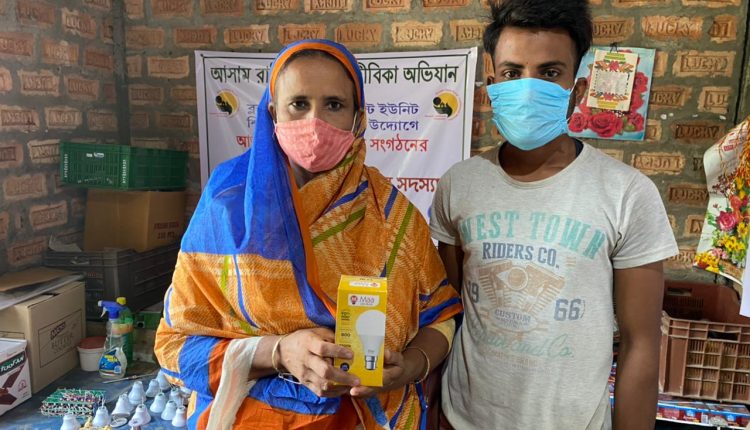 Returned from Bangalore during lockdown, Silchar youth started own company and now selling bulbs all over India

Humankind has proved time and again the proverb “Necessity is the mother of invention.” The need was imperative for twenty something Misba Uddin Barbhuiya as the power plant he worked at in Bangalore got shut. Last year, after the Prime Minister had announced that the country will be under lockdown to restrict the outbreak of virus, more than 70,000 individuals have returned to Cachar. A lion’s share of them never returned. “My employer did not call me either,” says Misba, who stays in Tarapur, Ramnagar area.

Today, Misba employs people at his own company that goes by the name – “Maa” LED Bulbs. From YouTube videos, Misba learned to assemble bulbs. His mother, Ranjana Begum Barbhuiya of “Rahmat Self Help Group” got a grant under the Assam State Rural Livelihood Mission and they started the business of making LED bulbs in August 2020. “It was special for me when my son told me that he will name his venture Maa LED Bulbs dedicating it to me. The success or failure of the venture does not matter, the intent itself made me happy,” says Ranjana Begum Barbhuiya.

No fancy glassdoor office or executive wheelchairs, Misba and his team of seven work out of a room that has a bed, two machines, parts and parcel necessary for assembling the bulbs. After he learnt it from YouTube, Misba taught six others who joined him in his venture. “We place order for materials in bulk. These materials get shipped from Delhi and then we assemble them here. The boxes we package them in are also shipped from New Delhi,” informed Misba. The two necessary machines have also been bought from Delhi.

‘Maa LED Bulbs’ compete with the likes of ‘Crompton’, ‘Havels’ for a place in the holder at homes. “Here in Barak Valley people prefer branded items to locally developed ones. So, we don’t get much orders. Most of the items we sell are online,” informs Misba. He claims the bulbs they develop out of the workstation in Tarapur are brighter than branded ones. They sell the bulbs with one year warranty. In the last eight months, ‘Maa LED Bulbs’ has sold more than 1200 units. “Most of the orders placed online are from Tamil Nadu followed by Gujarat. We have sold a few pieces to the local retailers too,” says Misba.

For Misba and company, selling online is more beneficial as the margin is more. The journey so far has been smooth, but Misba wants to thrive. He has his eyes set on Panel and Surface light bulbs. He says, they are well equipped to deliver lighting solutions to government offices, commercial complexes. “We know the technology to do it. Yes, we will need to order different set of materials for commercial orders but we can do it. For us, it takes four to five minutes to assemble a bulb,” says Misba. 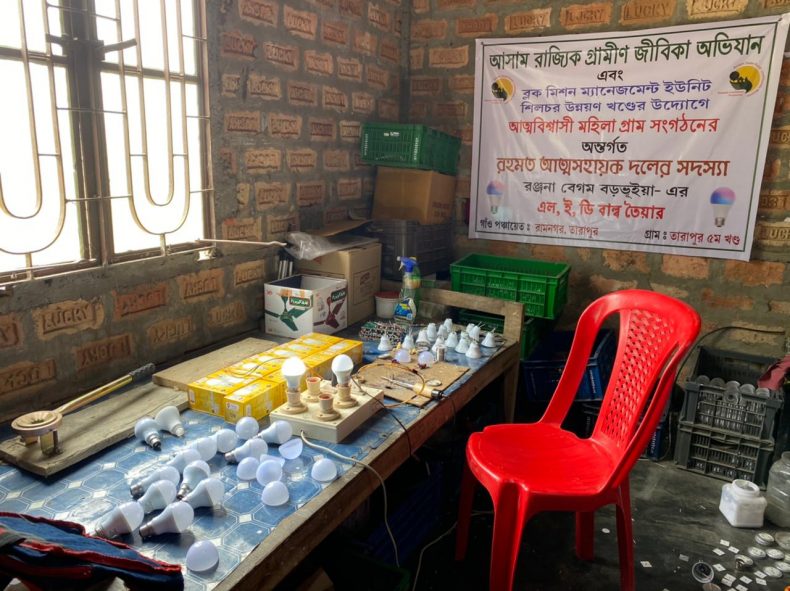 His mother Ranjana Begum Barbhuiya who got the grant which helped starting MAA LED Bulbs up dreams of employing women in her venture. “First they can work here, learn and contribute. Once they have learnt and attained the skillsets, they can do this themselves. This is how we can contribute in the development of society and generate employment,” Ranjana Begum Barbhuiya.

Misba and his mother are looking for the next round of funding which will help them scale up. “While we got the grant from the government to start up, now we are in a position to raise funds from private firms or investors. There is a business model which we believe will be profitable. The potential we see in the market is huge. We have not done any marketing so far and yet we are selling. Once we promote our product, I am certain that we will see better results,” adds Misba.

3,100 kilometres away, Misba was working at a powerplant. He had no clue about his potential. It was that Rs 18,000 per month that mattered to him the most. He would send the most of it back at home. Today, he has his own venture where he has employed a set of people, albeit they are his friends and doing something else too. He has developed a business plan and is planning to raise funds. If all goes right, in no time, he will be employing many employees who would probably get more than the salary he used to get at that power plant. Necessity is indeed the mother of all invention…