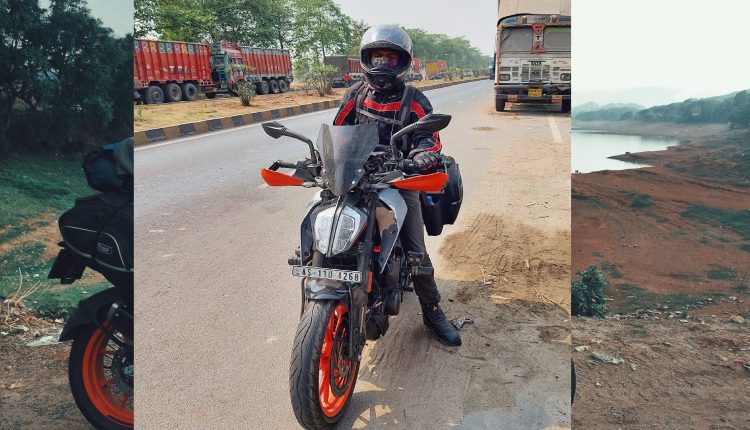 "Risky but worth it!" Indraroop Goswami shares experience of riding to Silchar from Punjab

Just when I thought Covid-19 was going to end and everything would go back to normal, the second wave hit the country. And this time, it’s even more infectious. Back in 2020, just around this time of the year, I had a very bitter experience due to this virus. I along with 120 more students of my university travelled from Jalandhar to Silchar by road in a total of 3 buses which took us a whole week. I remember promising myself that I wouldn’t ever take that route home again.

This year Jalandhar had become the covid hotspot in the state of Punjab and people were talking about lockdown being imposed again. I was too afraid to go through that again. Delhi had cases rising really fast as well.  And to avoid being infected with the coronavirus, I decided on riding my motorcycle back home. I’ve been to a lot of places on my motorcycle but none of them was this far. I planned a ride from Jalandhar in Punjab to Silchar in Assam. I knew it was going to be a really long one (actually more than 2500 km). But the fun part was, I planned on surprising my parents and didn’t tell the world that I am coming home.

On Monday, April 12, I loaded my motorcycle and started my ride from Jalandhar. My first stop was in Delhi. Since I was doing a solo ride, I decided not to ride after the sunset. From Delhi, I left the next morning for Gorakhpur in Uttar Pradesh, which was around 900 km. I couldn’t make it to Gorakhpur so I stayed in a hotel at Lucknow for the night. The next morning I started my ride at around 6:00 am in the morning. Till Lucknow, the roads were extremely good. The Yamuna Expressway and the Agra-Lucknow Expressway, one can easily cruise at speeds up to 120-130 kilometres an hour on those roads.

It was when I enter Bihar that the roads became competitively narrower and traffic intensified. On my third night of the ride, I stayed at a hotel in the outskirts of Muzaffarpur, a city in Bihar. The next day I was determined that I’d make it to Guwahati which was around 800 kilometres from there but I couldn’t, thanks the bad roads. I ended up spending the night at Alipurdwar in West Bengal. The next day when I woke up, I checked the distance to Guwahati, it was around 300 kilometres. Then I checked Silchar, it said 615 kilometres, which is easily doable in a day. I had been riding 500-600 km every day on average. 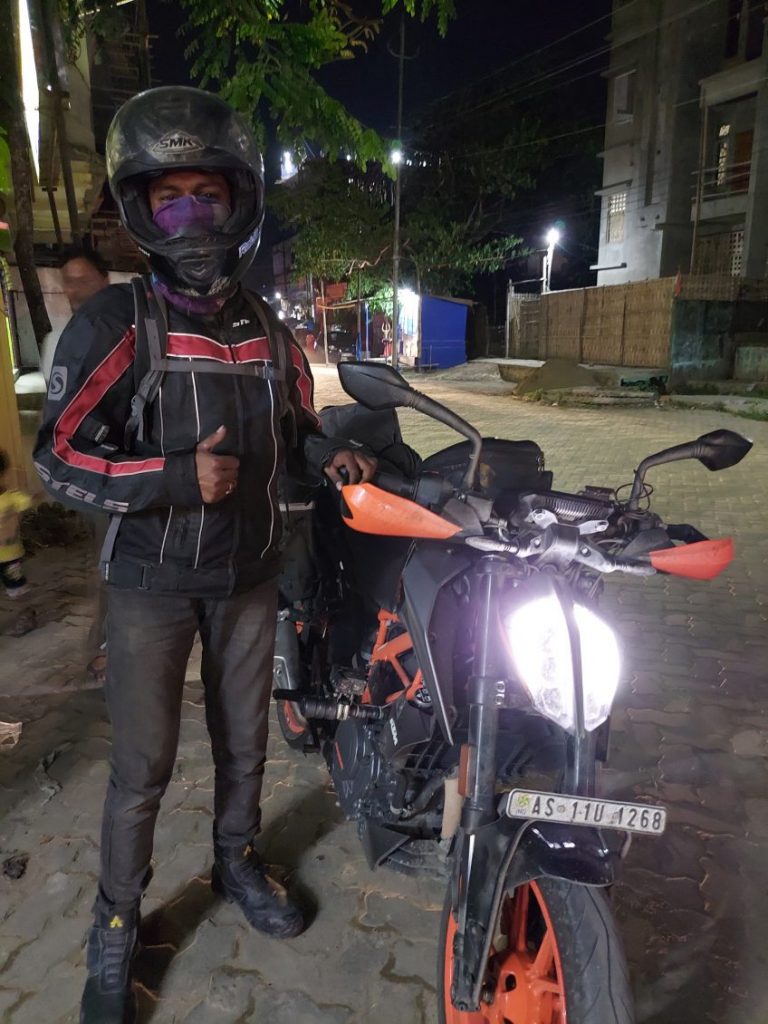 I said to myself, “I’ve got to reach home tonight. Enough of staying at hotels.” I started my ride from Alipurdwar at around 6:30 in the morning and reached Guwahati around noon during which I took one breakfast break and a fuel break. From Guwahati, the only break I took was a fuel stop and rode continuously to Silchar. The last signboard of Silchar I saw was around 65 km from the city and I was extremely happy to be this close to home. I reached home at around 8:30 pm on Friday, April 16. It took me 5 days to cover a little over 2500 km on my motorcycle which is a KTM 390 Duke. I couldn’t believe I made it to Silchar. And surprisingly I wasn’t tired at all. I felt like I could ride 5 more days without any issues. 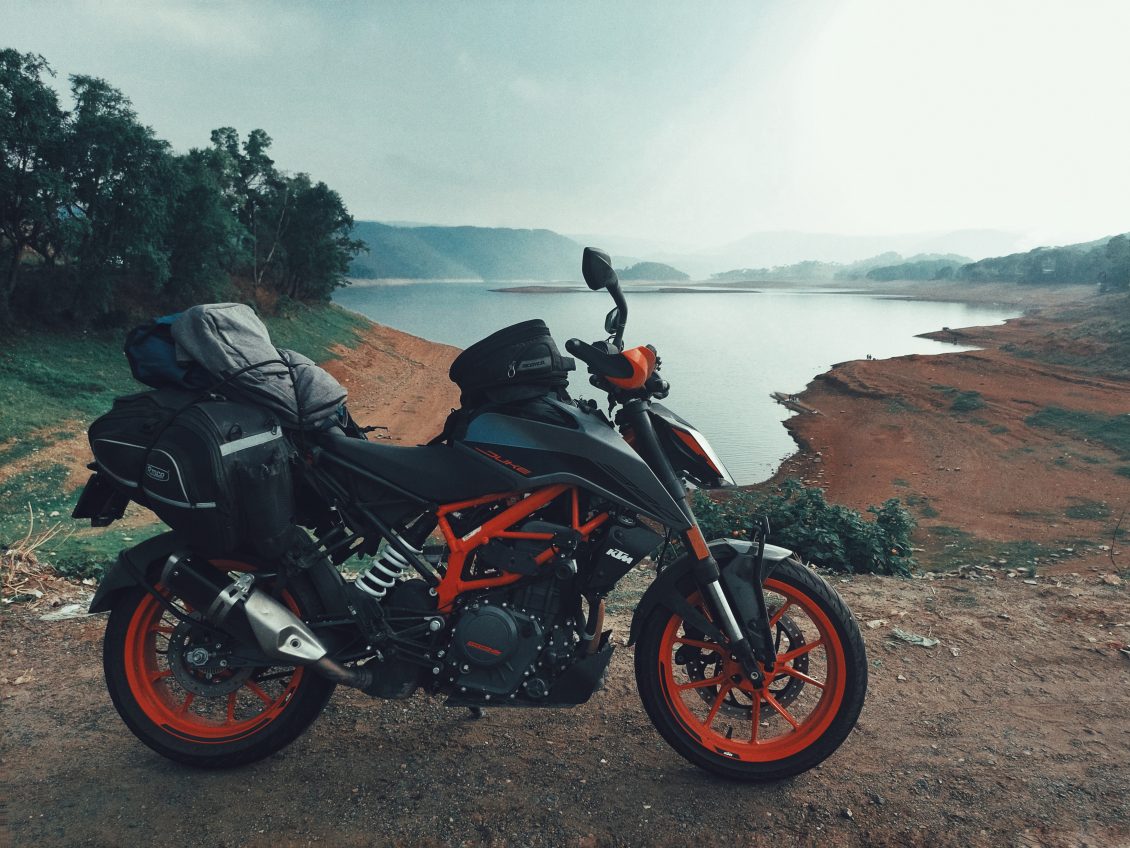 I parked my bike and rang the bell. My mother opens the door and it took her 5 seconds to recognise me with the helmet on. She was completely lost for words. She didn’t at all expect it to be me. Later dad came home and was equally surprised. The ride did involve a bit of risk but I had to escape coronavirus as well. But it was completely worth it. What an amazing experience it was!

Fall of a Titan - A eulogy to Professor Partha Chanda

Eid Mubarak! A special write-up on the occasion of Eid-ul-Fitr