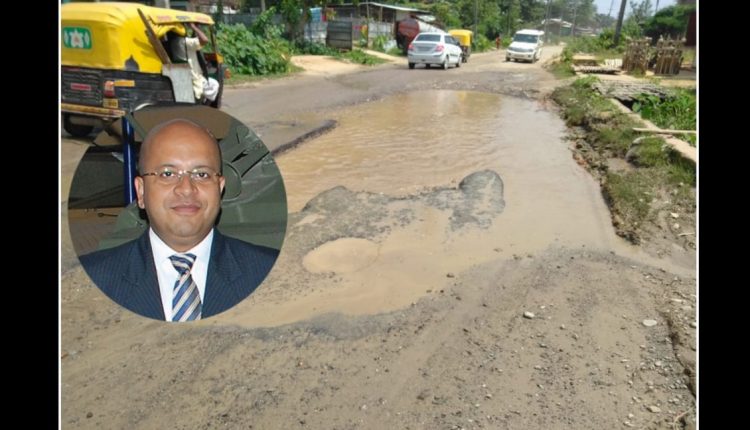 In the month of July, two road accident deaths have shaken Silchar. On the night of 2 July, well known teacher of Physics, Jagadish Chakrabarty was hit in the center of the town and he succumbed to his injuries the next morning, and on 28 July night, a well known video journalist Malin Sarma was crushed by a truck in Tarapur killing him on the spot. While people are aggrieved and shocked at the loss of two conscientious citizens of the town, the larger issue is when will all the concerned wake up to address the problem.

Over the last couple of years, the roads in Silchar have become a menace during daytime and even deadlier at night. During day time, the narrow roads are packed all day with human and vehicular traffic and illegally parked vehicles while during night time, these roads become a kind of racing track for the truck drivers and drunkards who pass through the town from late evening till early morning. The extent of traffic policing is abysmally inadequate and impossible for the available force to manage and regulate. Pedestrians are constrained in their movements as most of the footpaths are death traps by themselves or have hawkers and encroachers on them and in many other locations, there are two wheelers parked. At night large number of trucks that transit to and fro Mizoram, as well as many that transport illegal materials of the syndicate that operate in the valley are always a serious scare. Almost everyday casualties due to road accidents are there and it is increasing in frequency with time.

The death of Shri Malin Sarma has sparked a serious concern over the traffic management authorities who are responsible to control the vehicular movement in the town. However a holistic plan has to be undertaken where the district administration, municipality, civil society and traders come together to an arrangement at all issues that impact traffic. The politicians have to be very forthright in this matter to support all eviction drives and remove illegal parking and not politicize drives that are meant to decongest the town and allow free traffic flow across the town. Clearly the first message that has to go out is that a casual approach to traffic issues cannot continue further and violations have to be strictly met with penalty and action. Speed limits have to be redefined and adhered to at all costs. Also roads that have shrinked due to encroachments and other hindrances have to be restored as a proactive drive.

Silchar which is considered as the second largest city after Guwahati in Assam has expanded significantly in the last two decades. Besides local growth, many people from various other places in the north eastern region come to settle in the town due to its peaceful atmosphere and cultural inclinations. Also, it is a major trading hub for the Barak Valley and Mizoram and Tripura and so business engagements are also increasing. Roads and footpath have remained what it was 3 decades back. Civic conditions have deteriorated and municipal services are a serious question mark. The number of hawkers and encroachers have expanded to different parts of the town with the support of some vested interests aided by a few political leaders. Thus movement on the roads have become a risk and regular accidents due to tough maneuvering as well as shrinking pedestrians space has aggravated the situation. While definitely there is a need to decongest the town and expand it further, the optimal management of existing roads and civic infrastructure is very pertinent. That unfortunately hasn’t happened, neither there are any signs of happening because of indifference, incompetence and vested interests. In between an idea was floated about building flyovers without realizing that instead of improving the situation it will create further complications due to the narrow passages. 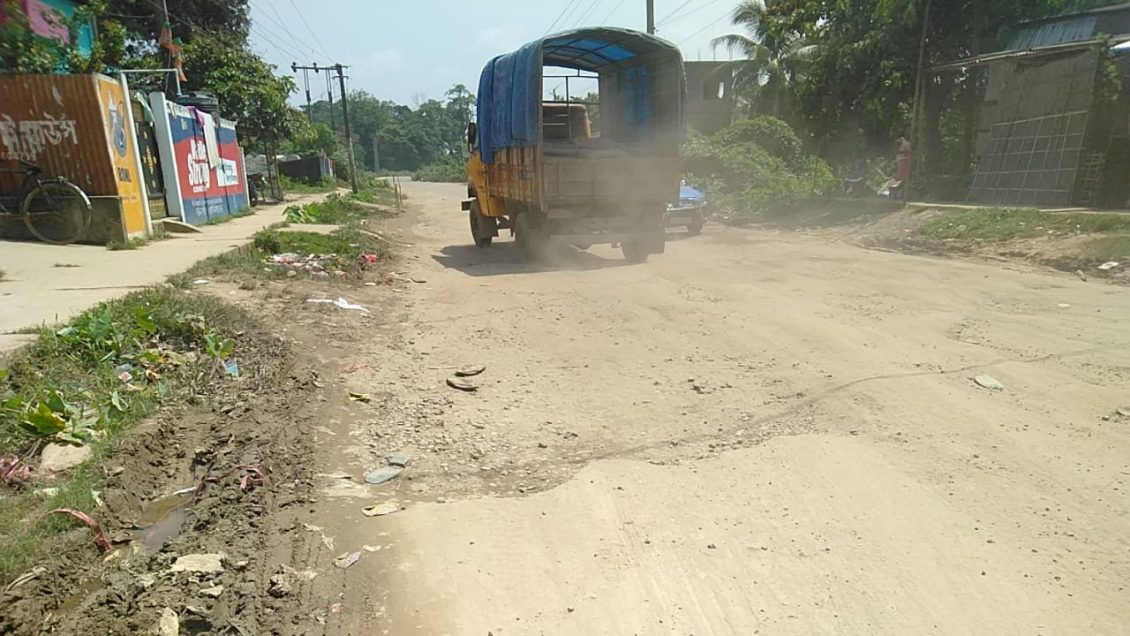 So what would be some of the basic management steps that has to be recourse to. Firstly all the encroachers have to be removed and the footpaths made walkable after necessary repairs and alignments as at some spots they are a death trap by themselves. A concerted action from the municipality supported by district administration and police has to be strictly undertaken. Secondly contractors and individuals dump their constructing materials on the road itself and block a significant portion of the road and this has to be stopped immediately and violators penalized. Thirdly garbage dumps at various locations on the road and the delays in municipal collection has to be stopped forthright. Fourthly parking slots have to built and maintained professionally and not by the roadside thus encroaching on the road. Fifthly the police has to relook at the whole system of entry and exit of particular types of vehicles and restrict their movement at defined hours as well as define maximum speed. For that, policing has to be increased and enforced with sincerity. It has to also look at the exiting pattern of traffic and devise and streamline vehicular movements accordingly. Sixthly the loaded trucks and traffic for Mizoram have to be diverted via the bypass which still needs to be adequately widened and improved for road traffic. Entry of such vehicles via Tarapur to the town and exit via Sonai Road from Rangirkhari point has to be totally stopped. Seventhly wearing helmets and seat belts have to be made mandatory for two wheelers and four wheeler drivers, respectively.

The concerned authorities must act fast before it is too late. Controlling the speed limit and restoring the availability of the roads and footpath and where possible expand, are two important factors that has to be taken up on warfooting. Citizen groups have to be more vigil that these steps are undertaken so that precious lives are not lost on a daily basis. Also educating people on proper road safety are a step which the authorities may consider to take up as a sustained campaign to create a safe environment for traffic management