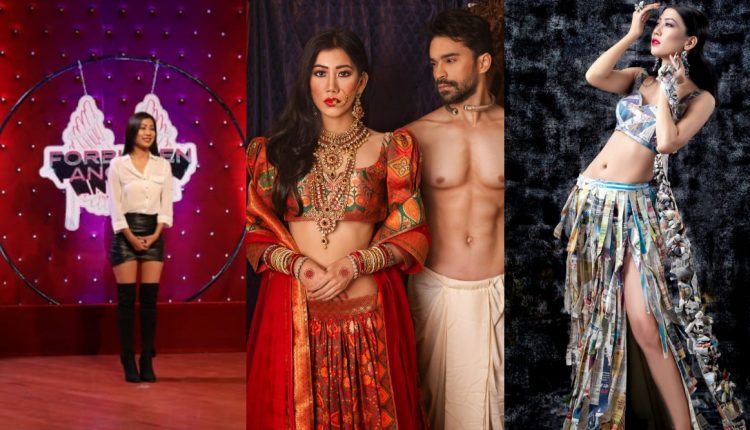 Though the glitz and glory of the glamour and modelling industry do seem tempting, there’s always more to it than meets the eye. Although the reward of being a successful one is sure to attract enough prospects in this industry, the risk and uncertainty around this career choice are what makes it even more enticing. In the last few years, we have seen several faces spawning from the Barak Valley and making a name for themselves in the fashion as well as film and TV industry. RajDeep Choudhury and Debattama Saha from Silchar are the burning examples of such a feat.

When it comes to modelling and the glam industry, Silchar’s daughter Vijaya Singha is making huge waves in the world of glitz and glamour. Recently, Vijaya got selected in the popular reality show MTV Forbidden Angels. The star-studded cast of this MTV show boasts of names such as Mughda Godse, Cyrus Sahukar and Vivek Oberoi as the judges. Before that, she also played a supporting role in a ZEE5 web series called ‘Bombers’, donning the role of Yelen. Apart from the aforementioned two, she also had the privilege to work with top-notch names in the fashion industry like Neeta Lulla and Munish Khanna. “As a child, I was always drawn towards the shimmering world of Bollywood stars and models, dancing and walking the ramps. Even at the tender age of 3, I used to mimic them dancing or copying their gestures”, says Vijaya, while talking to Barak Bulletin on a fine weekend evening. 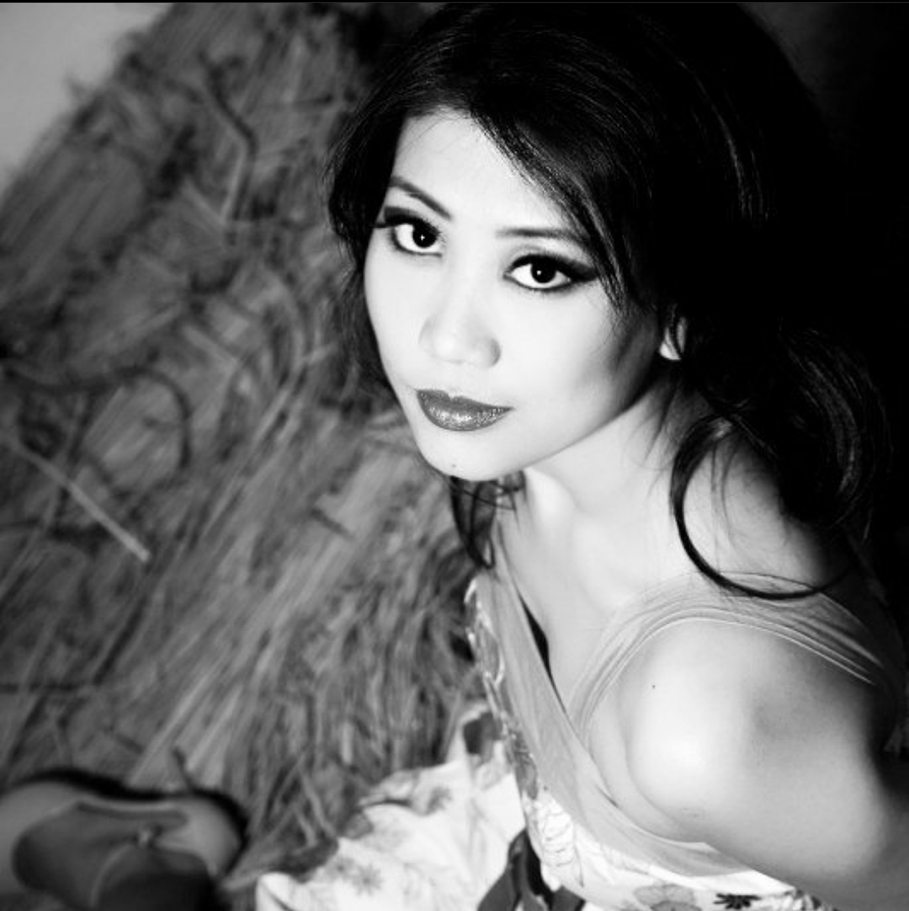 Vijaya Singha’s portfolio photo
Growing up as a daughter of a proud Army Jawan means Vijaya never stayed in one place for more than 2-3 years. “I grew up in different parts of North India, as my dad used to move frequently due to his army job. Though I never lived in Silchar, I do have fond memories of visiting my ancestral home in Silchar during vacations”. But during the formative years, she also mentioned that it was dancing and not modelling that caught her attention. “Even though I was trying my luck in modelling, I still maintained my academics and completed my MBA too. There were days when I left my job for modelling and I was literally broke and had zero finances for myself”, said Vijaya while talking about her initial inspiration.

The first major break that Vijaya got was a photoshoot of renowned fashion photographer Munish Khanna. Talking about that pivotal experience, Vijaya said, “Munish Khanna then gave out an advertisement looking for a model. Usually, he charges 50k for his shoot, but back then, he was offering shoot at a discounted rate of 10k. I didn’t even have 10k with me at that moment. So I borrowed 10k from a friend of mine who was kind enough to lend me. We shot the portfolio and I was so nervous, as it was my first ever portfolio shoot. But to my surprise, he appreciated me and thankfully, the pictures came out nice as well.”

The Munish Khanna shoot barged open all the avenues for Vijaya that would help her express her true incarnation to the world. If this was her first major stomp at the glitz world, then getting the role of Yelen in the ZEE5 web series ‘Bombers’ would be the next big step in Vijaya’s career trajectory. Bombers is a sports drama starring Ranvir Shorey among others. “Yelen happened when I went to Mumbai and my casting director got me this opportunity of a web series role and I auditioned for it.. As I was so used to rejection, which is common in this industry, I almost forgot about it. Then after three months, I got a call from the team asking if I could come down to Mumbai on these specific dates. Upon asking the reason behind it, he told me that I got the Yelen role and I just couldn’t believe what I was hearing. Getting to act in a ZEE5 show was a huge deal for me”, said an elated Vijaya recounting the days of her acting stint.

Her performance in the Bombers web series boosted her credibility as an actor as it paved the way for her next climb up the ladder. Then happened MTV Forbidden Angels, which is a model-based reality TV show where 12 contestants are selected out of 500 models from India. And there again, Vijaya Singha managed to shine. Talking about how it came to be, still pinching herself, Vijaya said, “So there was this casting agency who reached out to me asking if I’m interested in an upcoming MTV reality show. They were only inviting the models whose profiles they were interested in, which I only came to know about later. They just called me and invited for the audition to which I agreed. This happened in November last year, and finally after more than a month, I got to know that I’ve been selected for the second round of auditions with the judges. It was only before a few moments of the audition that I got to know that Mughda Godse and Cyrus Sahukar would be the judges. Then I got selected in the final 12 and when the talent round came, Vivek Oberoi came to judge us as he was the special judge. And when I performed, he was so mesmerized by my performance. He’s such a humble and inspirational soul and made me at ease. I was actually shivering, but when I looked at him, and just to make me comfortable, he gave this smile and it was so sweet. It was not shown on the TV but he was cracking jokes to make me laugh”, Vijaya narrated the whole episode excitedly. She’s currently still in the contest in the MTV Forbidden Angels as the hopes of the entire North-east bank on her shoulders.

But even though it’s easy to get swayed away by the flashiness of this world, Vijaya kept on reiterating the fact that the real purpose behind her career choice is to change the perception of the world towards the North-east and get rid of the stereotypes that the people from this region come to experience. “My agenda to go to this show was to at least try my level best to bring about a change in the way people look at North Easterns. As a talent, as a part of this country. Because people at large are unaware of this part of India”, said Vijaya.

Further adding, she said, “There was this guy whom I used to look up to. When I went to audition for one of his shows he told me to quit modelling because according to him I was wasting my time and he said that I was not made for the ramp. And then one month later, I was walking for Neeta Lulla. I also won Miss Fashionista 2017 and walked in the Bombay Times Fashion Week. So you can never afford to give up despite the rejections.”

To the aspiring models, her only advice is to never get disheartened by rejections as it’s a part and parcel of this industry. “Do whatever it takes to make you better, keep on working every day, and face the hardships and rejections with boldness. There’s no guarantee and the risk is high, but the reward is even bigger, so that’s the catch”.