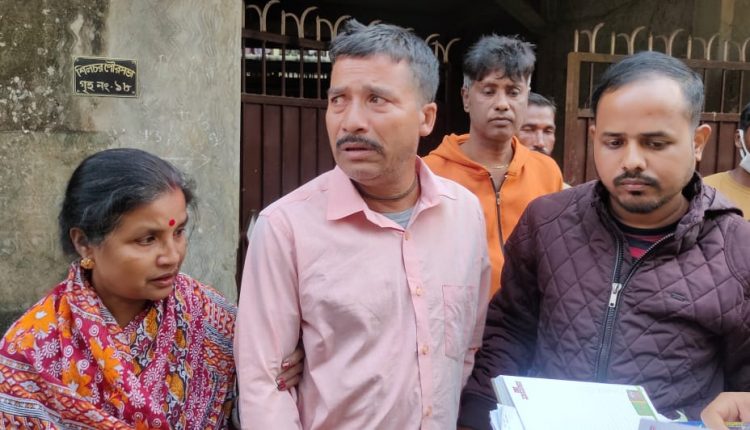 Rs 3 lakh snatched from Itkhola; Bikers dragged young girl who tried to save her money

Today evening, Swamiji Road resident, Subol Chandra Deb and his daughter Sarbani Deb went to the bank to withdraw the money needed for renovation of their house. They had withdrawn Rs 3,00,000 from State Bank of India’s Park Road branch and were returning on a rickshaw.

As they reached their house and got down from the rickshaw, two miscreants on a motorcycle crossed them. The one sitting at the rear end tried to snatch the bag from Sarbani Deb. “She had tied the bag with her shoulder and held it close to her chest. When the miscreants tried to snatch the bag, they could not. But then they pulled it hard and the bike started speeding. Sarbani Deb was dragged a few meters on the road by the bikers and they managed to eventually get the bag,” informed Subol Chandra Deb.

Sarbani Deb incurred critical injuries and was rushed to a local private hospital. Additional SP Jagadish Das, in-charge Silchar Sadar Police Station Ditumoni Goswami went to the spot to take stock of the situation. They checked CCTV footage and found out that the motorcycle was following them all throughout.

CCTV footage revealed that the biker took a ‘U’ turn and after the rickshaw stopped and then snatched the bag. Locals did try to catch the miscreants but could not.

Such incidents are very common in Silchar and most of the time, the miscreants come riding on black Pulsar. The additional SP refused to make any comment at this stage.