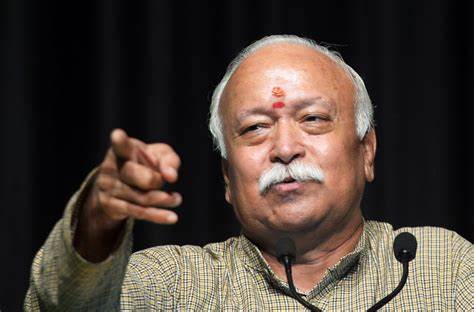 6th Sarsanghchalak of the Rashtriya Swayamsevak Sangh, Mohan Bhagwat will visit Silchar on the 27th of January this year. The South Assam Branch of the RSS in a press meet has confirmed his visit. During the three-day visit to South Assam, he is scheduled to attend several meetings and other programmes of the RSS. His trip will end on January 30. Hailakandi and Karimganj District shakha of the sangh will also participate in several programmes.

“Due to the ongoing pandemic in the country, all big scale meetings are canceled, only selected members will participate”, informed Abhijit Nath, the Southern Assam Pranta’s Prachar Pramukh.

He will reach Badarpur via train from Agartala on the 27th January at 12 noon. From there, he will reach Silchar by road and will be received by the RSS family members. During his visit to the town, he will reside in the RSS’s Silchar Sakha Bhawan in Ambicapatty.

On 28th he will meet various members and senior service heads of the RSS. Following that, on the 29th he is scheduled to meet with the Barak Valley members of Sanghatan Shreni and Jagaran Shreni. On his last day of visit to Silchar, he will meet with selected dignitaries and members of the Civil Society of the valley.

Due to COVID pandemic, there won’t be any public meeting. The scheduled public meeting on the 29th of January at District Sporting Association’s playground stands canceled due to the same reason, informs the Prachar Pramukh

On 31st January, Mohan Bhagwat will leave for Nagpur from Kumbhirgram Airport. Mohan Bhagwat is the 6th Sarsanghchalak of the Rashtriya Swayamsevak Sangh, a Hindu nationalist and cultural organisation based in India. He was chosen as the successor to K. S. Sudarshan in March 2009.