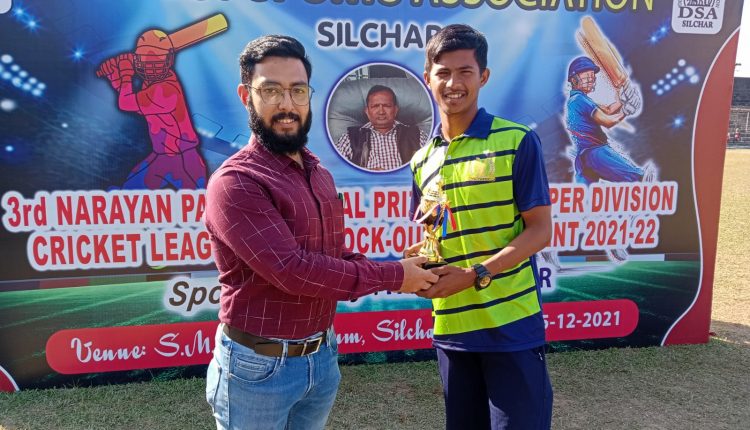 So far, the team that bated first has lost the game; for Tribeni, it was no exception today. Itkhola Captain Samik Das made no mistake to invite Tribeni to bat first after winning the toss in the morning. Tribeni got all out and could only make 89 runs playing 36 over. The Wicket falls in regular intervals for Tribeni as they never held the momentum to set a big target. On the other hand, Itkhola Bowlers bowled well and were in a good rhythm.

Itkhola also lost four wickets in 64 runs in chasing down the target. Sunzow Brahmah scored 32 and remained not out as Tribeni met the target within 20.3 over. Opener Subhajit Paul made 34, for Tribeni Parikshit took two wickets.

Ball is doing the trick in the morning condition in Silchar SM Dev Stadium, and only Town Club Batsman could handle the morning swings in the tournament. If the batsman can get past the first hour of the game, the pitch becomes comfortable for batting, the bowl comes to the bat.