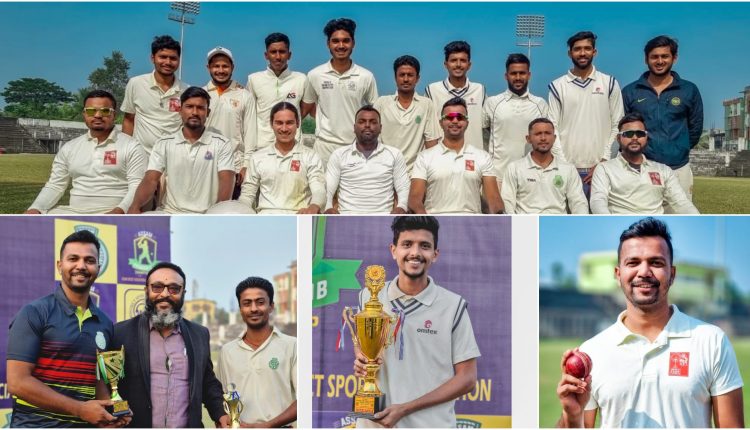 As the Mercury in the thermometer goes down, cricket bugs of Silchar turned to the SM Dev stadium, they were anticipating a fresh sunny day after a foggy morning. Everybody who came to the ground was anticipating a thrilling match, nail-biting moments in the final of Assam Premier League. But their anticipation didn’t last long as they left the stadium with a dull uneventful match. Yogayog Sangha’s batting order collapsed even before the audience could reach the ground. The match between India Club and Yogayog Sangha ended as a one-sided-affair.

It was overcast and the pitch the teams were playing was different from what was used during the league matches. Yogayog Sangha had a star-studded batting line-up, but they crumbled like a house of cards batting first. The architect of Yogayog’s devastation was allrounder Samik Das. He used the conditions to good effect and exhibited top-class swing bowling with a good pace.

India Club captain Rehan Jomail Mazumder won the toss on Thursday morning and it played a key role in this match. Veteran Mazumdar had no doubts in his mind while he invited Yogayog to bat first.

Yogayog’s opener Joydeep Singh was in good touch before the final but he couldn’t do much with his bat in the final. He was trapped in a leg before wicket by an inswinger of Samik Das. Joydip, one of the best batters for Yogayog in the tournament, added 13 runs for his team. Captain Faizlur Rahaman was already sent back to the pavilion by Das after scoring 1 run. Both Samir Sinha (10) and in form Bikiran Das (7) failed to make a mark with the bat. Their departure kind of ended Yogayog’s hopes to play in the Zonal round. Samik Das picked up three wickets in the first six over from Clubhouse end. In the second spell, he took another three wickets from Cachar College End in two overs. It was a fifer and in fact, ended with six wickets against his name. His blowing figures stood at 8-1-30-6. He was well supported by his bowling partner Pradip Sarkar. Sarkar got three wickets and together they managed to end Yogayog’s innings with only 60 runs on board in 16.1 overs.

The target was not enough to hot hold the India Club and its deep batting lineup. India Club chased down the target within 11.1 overs losing two wickets. Right Handed opener Pradip Sarkar scored 26 runs, he had a bad season last year and emerging sensation from Barak Valley, Prashant Kumar scored 22 runs. For Yogayog Sangha Chandradeep Das took both the wickets. 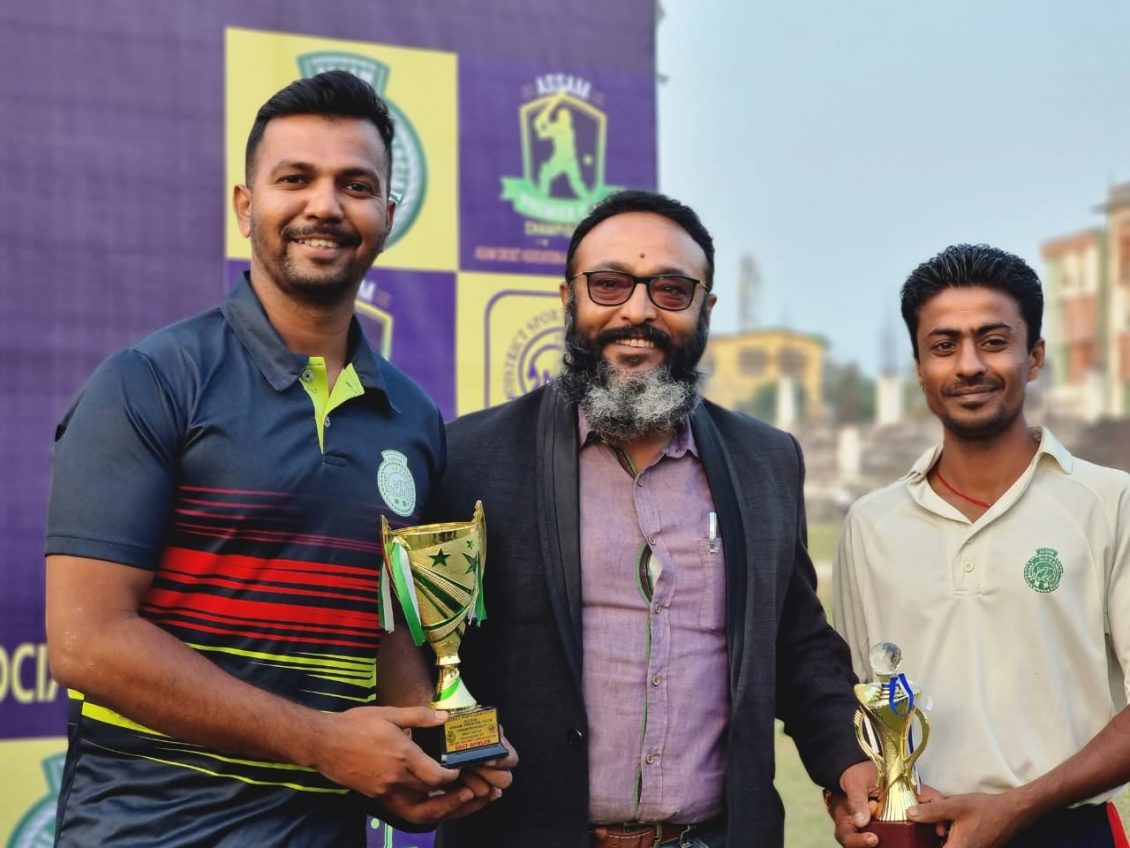 Samik Das was declared man of the match for his fiery spell. With Shekhar Jyoti Barman, Das shared the best bowlers of the tournament award. Joydeep Singh was chosen as the best batsman. Bikiran Das got the Cricketer of the tournament award. Silchar Medical College Principal Dr. Babul Bezbaruah handed over the trophies to the champion and runners-up team. DSA president Babul Hore, vice president Siddhartha Shankar Bhattacharjee, and Secretary Bijendra Prasad Singh were also present at the prize-giving ceremony. 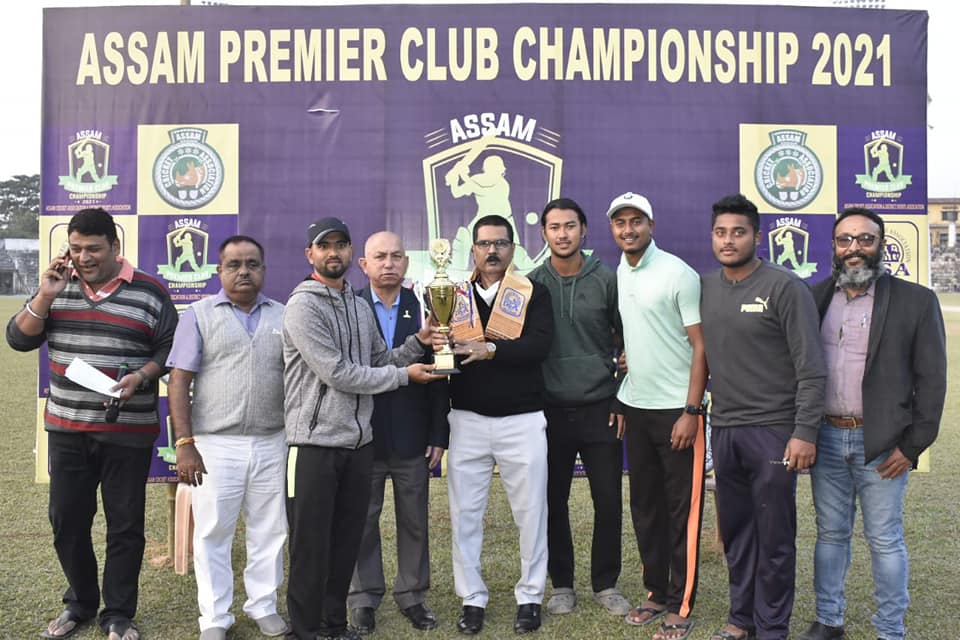 Silchar the champions of Assam; Samik, Rahul, Abhishek and team becomes a part of the…

Silchar on driver's seat; History in the making in Nuruddin trophy