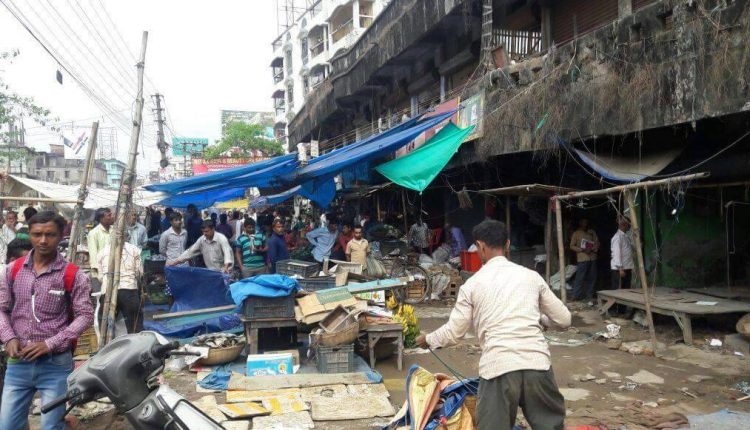 Despite all hue and cry and local outrage, Silchar’s Sanjay Market building demolition continues under the supervision of Assam Police.

District Disaster Management Authority (DDMA) Cachar constituted a committee of Engineers which reported the building as “unsafe and “vulnerable” for Seismic Zone V. After going through the report submitted by the constituted committee, DDMA decided to demolish the building.

Once the committee started demolishing the building, it faced resistance from vendors, but the committee did not back off, instead continued demolition proceedings.