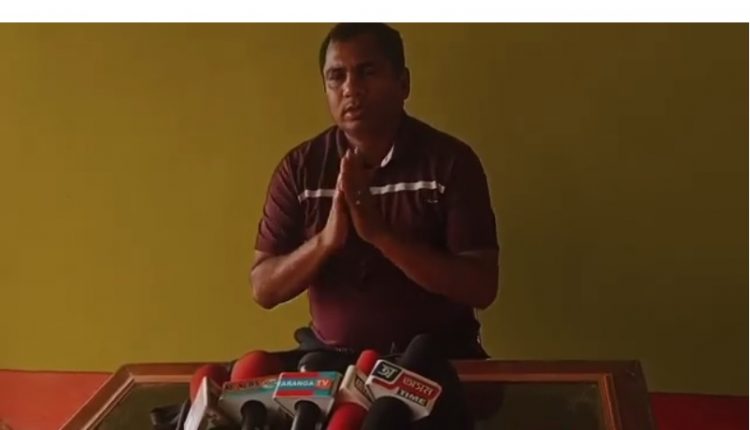 “Death, thy servant, is at my door. He has crossed the unknown sea and brought thy call to my home.” these are the lines of Rabindranath Tagore from Gitanjali that went on to win the Nobel Prize in Literature. It is worth pondering upon if death really is thy’s servant anymore and the sea is that unknown.

Abdul Ahad Choudhury, by profession, was a businessman dealing with imports and exports. There is no court order yet adjudging him as a “Mafia”, but seldom “Mafias” and “Terrorists” are tags handed over by the media. Ahad is now “Mafia Ahad”, in fact, late “Mafia Ahad”.

A resident of Karimganj’s Sutarkandi area, Ahad Ahmed Choudhury was shot dead during an encounter within the jurisdiction of Hailakandi’s Lala Police Station. Hailakandi Police informed that on April 10, 2022, they intercepted a truck illegally transporting coal. In the same case, few were detained. The Police informed that after interrogating the individuals detained, they got the name of Ahad Ahmed Choudhury, who happens to be the “mastermind” of the illegal transportation of Coal from Meghalaya to Assam.

It is a several hundred crores worth scam, where the smugglers bypass the taxation system using people like Ahad and transport coal illegally. The GST losses are huge due to which the governments bleed revenue. While Hailakandi Police say that they got Ahad’s name only after April 10, it is not entirely true. Ahad’s residence was raided a couple of years back too and the Police recovered a diary with a lot of important details. One of the pages featured the names of a few journalists and the amounts against each name.

Before Hailakandi Police, Cachar Police raided his residence in Karimganj. On April (15-16), an additional SP of Cachar Police led a team to Ahad’s residence. According to Ahad’s family, his brother was detained for interrogation. The next day, Abdul Ahad Choudhury called for a press conference and shared some information with the press for larger coverage. He said due to Chief Minister Himanta Biswa Sarma and Assam Police’s “Zero Tolerance” policy, some erstwhile “Syndicate Operators did not get the syndicate”.

He went on to say, “I am grateful to the chief minister for initiating the Zero Tolerance Policy. I am against drugs. This is because of this policy, Sanjeev Jaiswal who is the MD and Chairman of DY 365 news channel, did not get the syndicate. He is involved in a Rs 500 crore scam, he is involved in the smuggling of drugs, arms, and cattle. It is my request to the Government of Assam to initiate an SIT probe or get any other agency to probe the matter.”

Ahad was opening up against Jaiswal because of a news bulletin published by DY365. “That news bulletin is fake. I am going to file an FIR against the channel for defaming me. DY365 has vested interest in framing me as a coal mafia and that is why they are doing it,” he said. Then he added, “I request honourable chief minister of Assam and the Assam Police to launch an investigation. My request is to probe me and Sanjeev Jaiswal through SIT or any other agency and find out who is the culprit. I will volunteer in the investigation.”

Somebody, who says will volunteer for the investigation decided to open fire on the Police. The official version of Hailakandi Police is that Ahad opened fire at the Police officials while trying to escape pillion riding on a motorcycle. Who was riding the motorcycle and where is he? The SP of Hailakandi maintained that it was due to an “error” Ahad managed to escape from the custody in the first place. According to him, Ahad was arrested a night before he was shot dead. Ahad pushed the Police officials and escaped from custody while at the hospital for a routine medical checkup.

Was Ahad involved in Coal transportation? The simple answer is yes. But was it legal or illegal, that is something for the court to decide. Did he actually have some evidence against Sanjeev Jaiswal or was he simply trying to defame a credible man, again, a subject to further investigation? Abdul Ahad Choudhury forwarded the copy of the FIR to DGP Assam Police on WhatsApp to which the DGP Assam Police replied saying he will look into the matter. Ahad had shown that part of the WhatsApp conversation to selected members of the press. However, Cachar SP Ramandeep Kaur informed that Ahad never submitted the complaint to the Kalain OC and there is no FIR lodged.

So, was Ahad simply sharing the e-version of the complaint? Probably to induce fear among people or charge ransom or did he actually intend to lodge the complaint? Ahad is not a simple man, and his death is not that simple either. His janaja was attended by hundreds and at the same time, there are hundreds who thanked Assam Police for taking the decisive step of shooting him.

There are many loose ends and many unanswered questions. Before his death, the rumour started spreading like wildfire that there will be an encounter and this time it will be a death. Not one or two or three or four, it became a word of mouth at least in the media fraternity.  This time, death, thy servant, came knocking, shouting out loud… The biggest question is, a man who holds a press conference to say that he will volunteer in a top level prove, in fact, urges the government to initiate a probe against him, decides to run away during the medical check up? Also, Ahad lived in Karimganj with arms and ammunition and Karimganj Police did nothing about it? It needed a Hailakandi Police to demystify the “mafia” and encounter him…