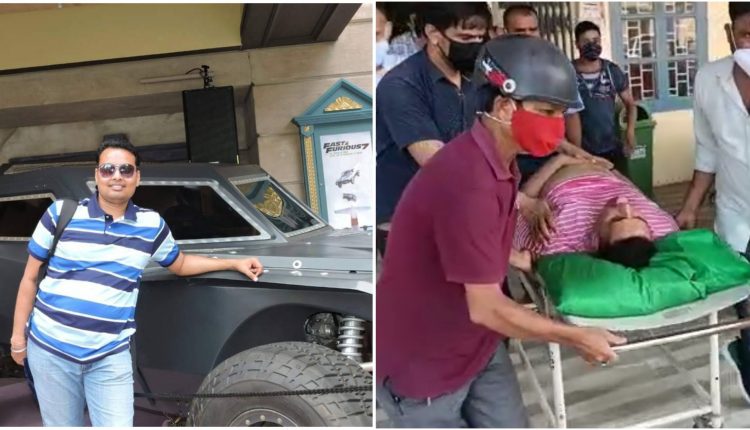 High profile businessman Sanju Nahata who was detained in connection with involvement in Dalal Nexus operating land scam in Silchar has been referred to Department of Psychiatry in Silchar Medical College. Cachar Police detained Nahata in wee hours from his house yesterday. At around 2:00 pm, he was taken to Silchar Civil Hospital for routine medical check up. But there he complained of breathing problem and was immediately rushed to SMCH.

Doctors in SMCH treated him in Casualty and was referred to Medicine Department. There, the doctors conducted medical tests and then he was referred to the Department of Psychiatry. Sources in Silchar Medical College and Hospital informed that his condition is stable. “Investigation is going on, he has been admitted to the Department of Psychiatry with symptoms of hyperventilation. Doctors have also noticed abnormal behaviour like forgetting his own name – non-responsiveness. CT- Scan has been done, ECG has been done and some reports are awaited,” informed the source.

His X-Ray and CT Scan reports are awaited. According to sources, the management at SMCH will involve a medical board if Sanju Nahata’s behaviour is found suspicious.

Meanwhile, sources have also confirmed that Sanju Nahata’s lawyer visited the hospital. “The lawyer approached the management for some paperwork. The medical college authority refused to cooperate as the patient is under Police’s custody. The lawyer wanted some signatures,” informed a source close to the development.