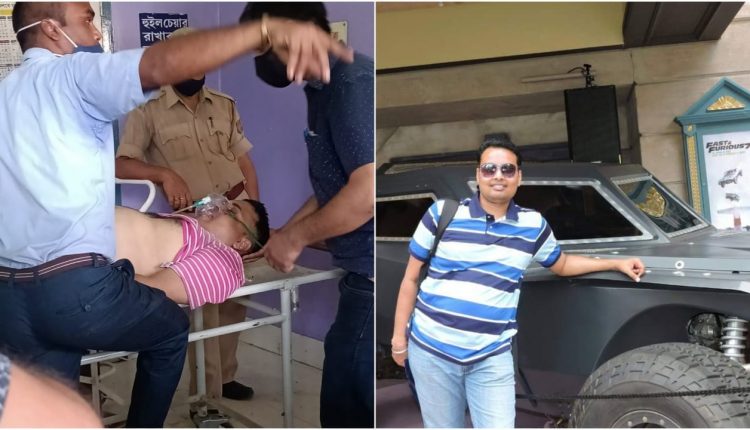 Handcuffed Sanju Nahata who was detained earlier today for his alleged link with the brokers’ nexus in Silchar, has been rushed to Silchar Medical College and Hospital (SMCH). At around 2:00 pm, Nahata along with four others including the former ward commissioner of Silchar Municipality Board were transferred to Silchar Civil Hospital from Sadar Police Station for medical checkup.

After they reached the Civil Hospital, Nahata complained of breathing difficulties. He was immediately put under oxygen support. His blood pressure reading reported 160 by 100 which the doctors suggested to be on the higher side. He was immediately referred to SMCH.

The Police refused to comment on the situation. The official said that it was a routine medical check-up – a mandatory process they follow. However, Police sources Informed that Nahata was doing all right in the Sadar Police Station. He had his tea and they did not notice any medical complications. They are looking at the sudden deterioration in medical condition with suspicion as this could be an attempt to garner sympathy or exemption on medical grounds.

For the freshers, Sanju Nahata associated with Nahata Textiles was detained for his alleged involvement in the nexus carrying out land brokers operation in Silchar.