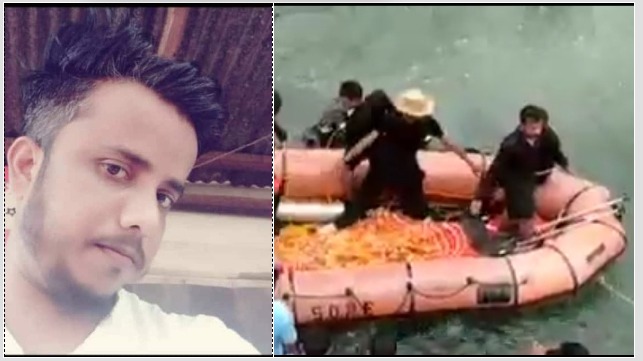 A waterfall, a stream, a lake, and an outbound with a few friends. What was supposed to be a fun-filled trip, ended up becoming the last dance for Tafajjul Ahmed Barbhuiya. Kalain resident Tafajjul was only 22 years old.

Located in Jalalpur area near India-Bangladesh border in Cachar which is also adjacent to Assam-Meghalaya interstate crossing, there is Boleshwar waterfall. This stream recently became very popular after a group of young individuals made a film on it and uploaded it on social media.

Sunday afternoon, according to Tafajjul’s friends, he was taking a shower near the waterfall and suddenly slipped. Moments after that, he could not be traced. The locals launched a search operation but that did not help the cause. The local Police officials informed the SDRF who got into action today morning.

At around  10 AM, Tafajjul’s body was recovered by the SDRF Jawans. Just around 100 metres away from where his friends said he slipped, the body was stuck next to a rock. Young boy’s death came in as a shock for many. People of the locality complained that after news channels broadcasted reports on the spot and how beautiful it is, the place started getting crowded.

The administration has taken cognizance of the same and decided the block the roads connecting to the waterfall. The forest department said, any trespasser will be booked according to the provisions in the law.