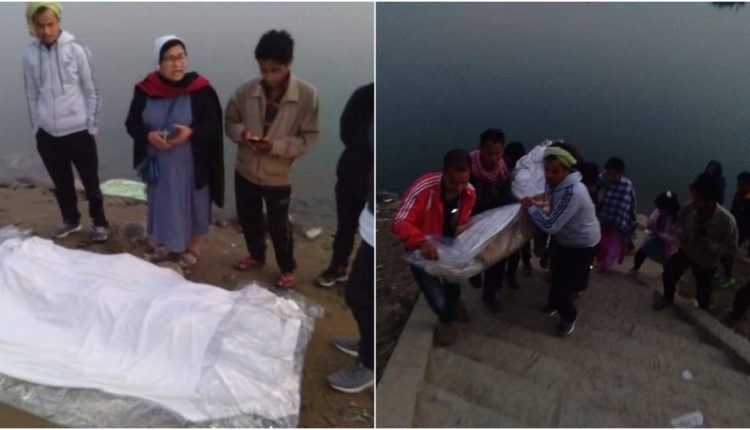 Today morning, at around 4:00 am, a dead body was found floating in River Barak. The local Police officials and SDRF jawans recovered the body from the river.

The Officer-in-charge of the local Police outpost, Kamalesh Singh confirmed that the dead body has been identified. “The dead body of Riya S Pyruth has been found today at 4 am in Barak river from the place where she drowned,” Singh informed.

11-year-old Pyrtuth is a resident of Hailakandi and was staying at the hostel of St. Joseph in Badarpur. She along with three others had to the bank of river Barak to take a bath. All four of them had slipped into the river. Fisherman Bashir Uddin, who was fishing nearby, saw them and jumped into the river. He managed to save three of them, but Riya went missing.

The death of the 11-year-old raises many questions. According to Kamalesh Singh’s statement, they went to the bank of the river to take a bath. Why was an 11-year-old taking bath in the river when she stays in the hostel of St. Joseph. What was the warden doing and on what ground was the minor allowed to step out of the dormitory? Also, if the body got recovered from the same spot where she drowned, did the SDRF miss something in their search and rescue operation?

While she slipping into the river was just an accident, the questions around the accident show that this was an accident that could have been avoided.