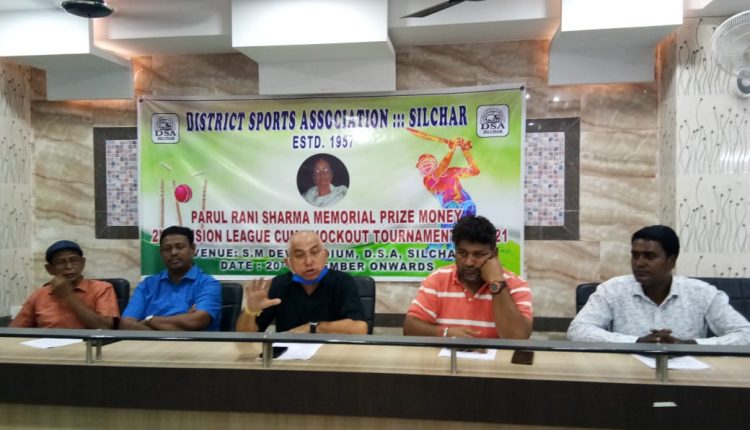 Second division cricket is scheduled to commence from 20th November following necessary covid protocols. Silchar DSA called a press conference today and announced the tournament dates. Former AGS and Ground Secretary of DSA Chandan Sharma has come forward as the sponsor of the tournament this time. He will sponsor the tournament in memory of his late mother Parul Rani Sharma. So, the team which becomes Second Division champion will bag the Parul Rani Sharma trophy along with the prize money. The champions team will bag 6000 rupees alongwith trophy. The runners up team will also get a trophy and prize money worth 5,000 rupees.

The innings will be held for twenty overs. However, the game will be played in ODI format. Usually Second Division matches have 30 overs. So naturally the question arises why DSA took such a decision this time. In response, Cricket Secretary Niranjan Das replied, “Due to the ongoing covid pandemic we wanted to conclude the tournament in a very short period of time. That’s why we have reduced the number of overs so that we can organize two matches a day”. The Cricket Secretary further said “This decision was taken at the meeting of our Cricket Branch. One more thing is that two vacancies will be created after conducting the Second Division. Those who will become champions will go to A Division and the relegated team will move down to Third Division. So there’s no way but to organise four tournaments.”

This time the tournament will be played in red ball. In addition to the champions and runners-up teams, there will be several interesting prizes in the tournament for others as well. Each match will have a trophy alongwith prize money. 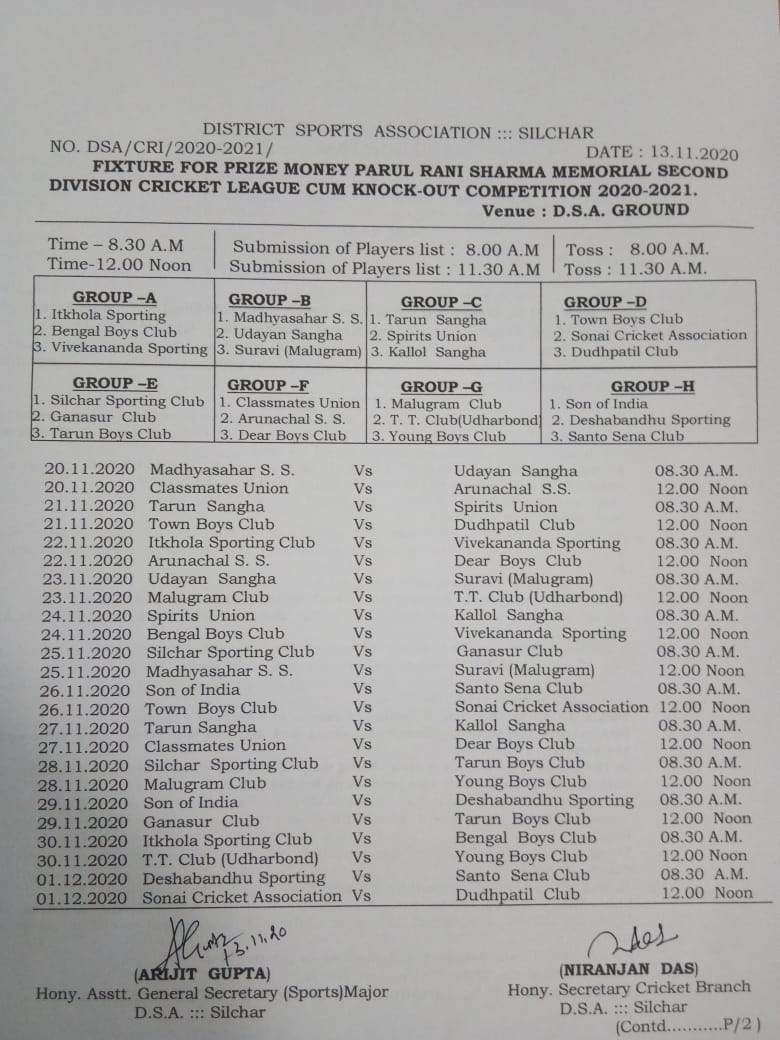 Speaking to reporters sponsor Chandan Sharma said, “I agreed when Bijendra Prasad Singh, the Secretary of the DSA came to me with an offer to sponsor the tournament. I’m a sportsman and couldn’t refrain myself from doing that. I will run the tournament as long as I can from my own capacity.”

This time DSA has created an SOP for the cricket season keeping in view the covid pandemic which has already been circulated amongst the competing clubs. According to the SOP, thermal scanning of players, umpires and officials on the match day is mandatory. At the same time, sanitization of each player is also compulsory. Every player has to keep a sanitizer with themselves. Players will not be able to exchange their gears, water bottles and t-shirts during the match nor spit in the field. No kind of celebration will be allowed by hugging with co-players. In compliance with ICC regulations, players are restricted from putting their sweat or saliva on the ball. Only players and officials will be able to enter the dressing room however the number will not be more than 18 in any case. Strict action will be taken against defaulters failing to comply with the guidelines.