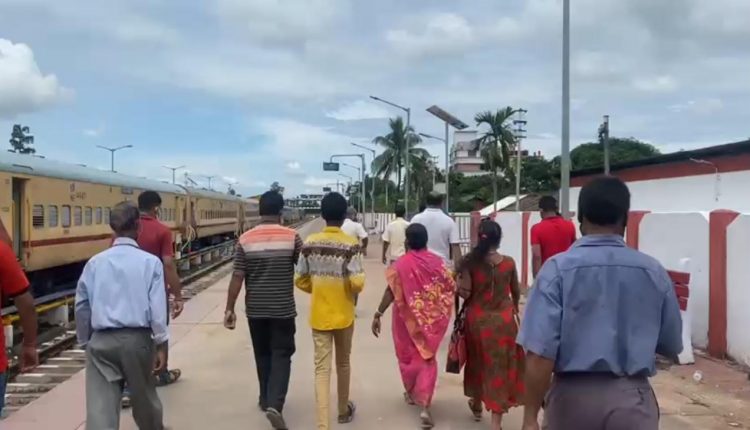 In a tragic turn of affairs a senior technician has lost his life while on duty at Silchar railway station earlier today. At around 10:45 AM the electrician identified as Paresh Das had climbed up a 12-metre tall pole for some overhead work, which happens to be a part of his daily routine. Along with him he had a couple of other colleagues standing next to the pole.

According to them, Das suddenly started screaming and fell down. He was immediately rushed to the health unit present at the railway station who declared him brought dead. The engineer deployed at the station said that when Das was rushed to the doctor he had no life in him and that is primarily due to the impact of the fall.

His colleagues said that Das never felt this way ever before. They are yet to identify what went wrong. Bidhan Chandra Roy, Senior Section Engineer, Electricity informed that the body was brought to his attention at around 11:00 am and he immediately called Paresh Das’ family members. “He was assigned an overhead task today. Accordingly, the power supply to the pole was shut down. Suddenly, he fell off the pole before even climbing to the top. What was the reason behind the incident is yet to be identified,” said Roy. However, the senior section Engineer ruled out the possibility of electrocution as the power supply was shut.

Roy Informed that Das is a permanent employee of the Indian Railways and was on the job for more than two decades. “I called his family members myself and informed them about the accident. They have rushed to the station,” added Roy.

One of the two colleagues who was there on duty with Paresh Das also fell sick. His blood pressure shot up suddenly and he has been kept under observation. Paresh Das is a resident of Katakhal area.