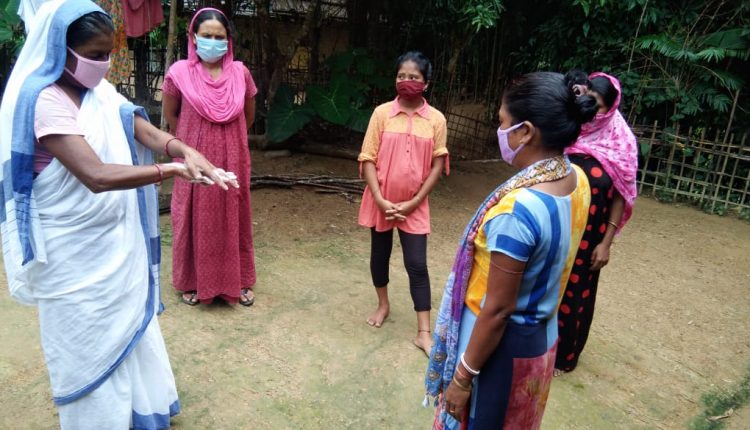 The rate of increase in COVID cases in Barak Valley has declined significantly. The positivity rate is also headed north. While these are encouraging indicators considering the pandemic situation the world is in, the concern remains.

In Silchar Medical College and Hospital, 31 patients are considered to be in critical condition while 49 have been put under oxygen support. 16 patients are in ICU and two have been placed under a ventilator. Dr. Bhaskar Gupta, vice-principal of SMCH informed that one patient from Cachar district has succumbed in the COVID wards on September 12. As per sources , the person died on Saturday in covid word is a resident of 2nd link road Silchar viz Sudhanshu Shekhar Das (62).

12 patients took admission to SMCH on Saturday while seven got discharged. At this stage, there are 199 patients who are being treated in the COVID wards.

In Karimganj district, where the numbers had seen a sudden spike last week, it has luckily dropped down. What more than 100 continuously a week back has now dropped to thirties. On Saturday, according to the health bulletin released by the administration, 33 individuals tested positive for COVID 19 in the district. 29 of them on RAT and remain on RT-PCR.

71 patients were discharged from the various hospitals in the Karimganj district. 560 RAT samples and 4 RT-PCR samples were tested on Saturday.

Health authorities disclosed that of the 19 positive cases, 11 have been detected under the Rapid Antigen Test (RAT) while eight under RT-PCR. 483 swab samples were taken on Saturday.

Offline examination for TDC students; protests in all three districts of Barak Valley