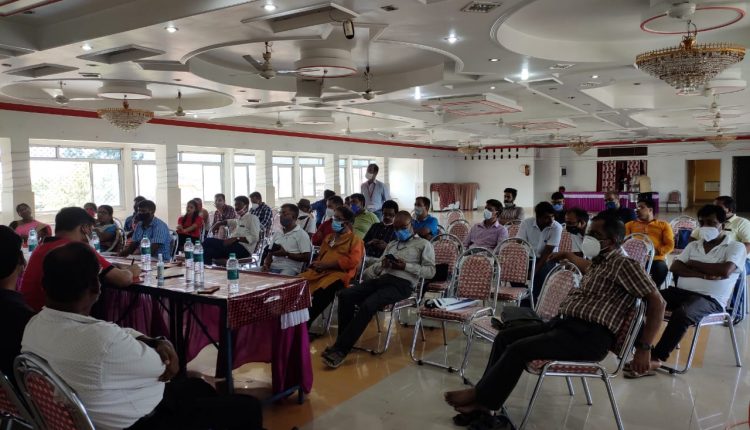 Several voluntary organizations roared at the call of the Central Committee of the Barak Valley Voluntary Blood Donors Forum against irregularities and corruption in the Silchar Medical College Blood Bank. For the past few years, the patients coming from outside Barak Valley, as well as the patients from it, have been enduring this issue of the Silchar Medical College blood bank. The Barak Valley Voluntary Blood Donors Forum has been vocal about this issue many times. They also handed over memorandums to all the MPs, MLAs, administrators and health department officials of the Barak Valley. Meetings have also been held several times. But so far, no solution has been churned out but only the game of corruption is going on day by day.

A larger movement took place on August 1. On that day a meeting was organized at an elite hotel in Silchar under the management of the Central Committee of the Forum. A total of 34 organizations from the Cachar, Karimganj and Hailakandi districts responded to their call. Everyone present at the meeting, chaired by Joy Bardia, Vice-president of the central committee of the forum, spoke out against the corruption in the Medical College Blood Bank and discussed in detail how to get rid of it and how to move the movement forward. Explaining the purpose of the meeting at the beginning, Karunamay Paul, General Secretary of the Central Committee of the Forum, called upon all to unite and join the movement.

In the end, a 35-member Action Committee was formed to conduct the movement by unanimously nominating Sabyasachi Rudragupta from the Barak Valley Voluntary Blood Donors’ Forum, and Nikhil Paul representing other organisations, as the Joint Conveners of the Action Committee. This committee will implement various programs of the movement in phases in the coming days.