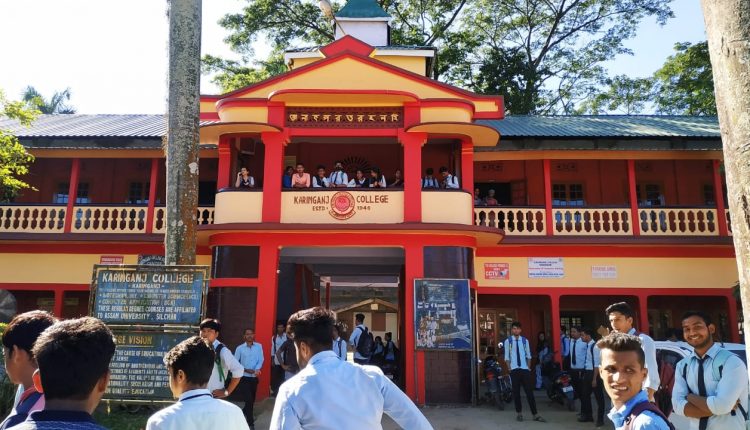 Sexual assault charges on a professor of Karimganj College; Situation under control after lathi charge

In yet another case, a graduation student has alleged that a professor of her own institution assaulted her sexually. The incident took place in one of the prestigious institutions of Barak Valley, Karimganj college.

The incident irked the students and they started agitating. They demanded immediate action against the alleged professor. Police was called to bring situation under control and they had to resort to lathi charge.

As per latest available report, Police took the alleged professor along with them and are now investigating the matter. Assistant professor, Bio-Science Partha Sarathi Das claimed he is innocent and is being framed.

However, this is not the first time Das’ name got associated with sexual harrasment. A senior professor in the institution on condition of anoynimity said that Das’ name had once surfaced four-five years back too. “Das was allegedly involved in sexually harassing a student back then too. The girl was about to lodge a complaint but Das had fallen sick and had to be rushed to the hospital,” said the professor.

Students say that back then he had attempted suicide by consuming phenyl. The students also alleged that he is faking innocence, “Why would someome lock himself inside the washroom if he or she is innocent, we want justice,” said a student.

Police is investigating the matter and hopefully the truth will reveal soon.