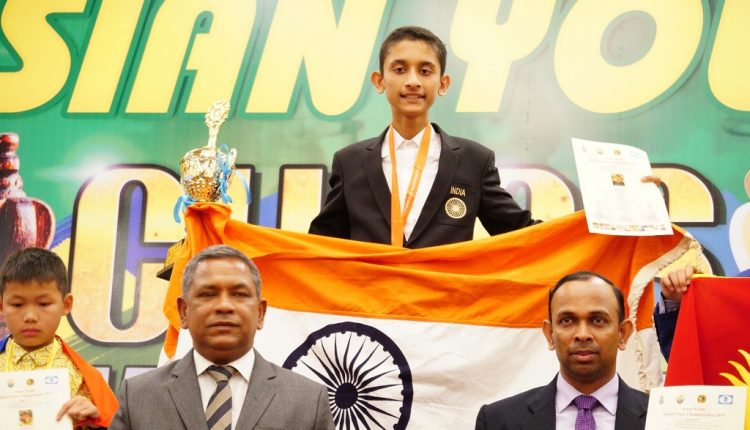 Shahil Dey is the son of Sanjay Dey and Mithu Dey from Guwahati and has been trained by Grandmaster R.B. Ramesh. The prodigal chess player is the recipient of a scholarship called ‘Pursue your Chess’ worth ₹75000 announced by the ChessBase India Foundation last year, aimed at talented chess players held back by financial constraints.

In 2015, Shahil represented India as one of the participants in Asian Youth, South Korea and was able to secure Silver in U-8 category. In 2016 Asian Youth, Mongolia he took home the bronze medal in the U-10 category. In the 2019 edition of Asian Youth held in Sri Lanka, Shahil finally managed to win gold in Blitz individual and team settings, and in classical chess finished 5th. Shahil also happens to be the recipient of National Child Award from the Honourable President of India for his achievements in chess.