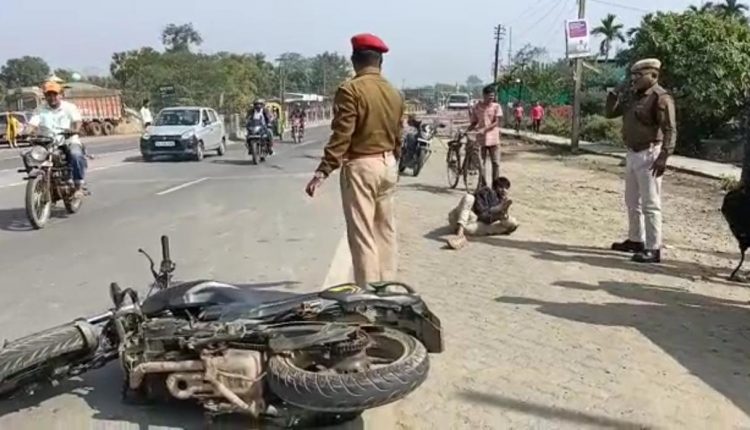 A horrible accident today morning has shocked the people of Rongpur area in Silchar. Right next to the Rongpur Police Outpost, the officials had placed a check gate for routine checking of vehicles. With just a couple of days to go before Republic Day, the Police has placed such check gates in various parts of the district.

Today morning, 24-year-old Sumit Roy along with his friend Debanik Gangru were riding on the streets of Silchar. Gangru lives in West Bengal and had come to Silchar for a vacation. Silchar resident Sumit was riding Yamaha FZ (AS11 H4022) and headed towards Mahasadak from Silchar.

As they reached Rongpur they noticed a Police check gate. “We saw the bikers, they were riding fast and the rider did not have his headgear on. As he saw the check gate, he got scared and took a sharp U-turn to avoid it. Meanwhile, the Mahindra truck coming from the other end collided with the biker,” informed an eyewitness.

The Police officials rushed to the spot and an ambulance was called. The motorcycle and Mahindra Mini Truck have been towed to the Police station. Sumit Roy’s leg got injured in the accident and his condition is considered to be critical.