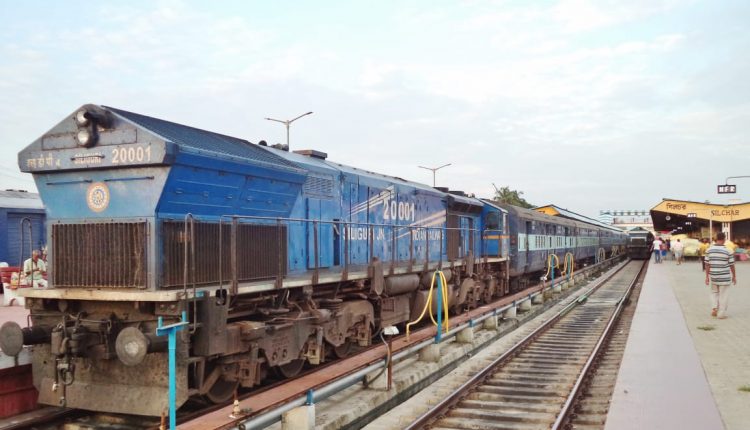 Rail Service between Silchar and Agartala to resume service from 1st of December, after a gap of 8 months it was suspended on March in view of the COVID-19 pandemic.

The announcement comes after Tripura government recently wrote to the NF railway urging to resume the Silchar Agartala passenger train service “at the earliest”.

According to the schedule, as received from sources, the train will run as “express”, unlike “passenger” in pre Covid era. Accordingly, few stations have been removed, from earlier schedule, to speed up the train.

The train has been numbered and named as 05663/4 Silchar Agartala Express Special and will resume journey from Silchar on 1st December whereas from Agartala on 2nd December. The composition of rake will consist of SLR -2, GS -13, GSCZ – 1, WGSCN – 1, WGACCN – 1 totaling to 18 coaches with primary maintenance at Silchar station.

Among the stations, which have been cut to make the train as express, are Arunachal station, Salchapra station and Panchgram Station from Assam side along with 14 other stations from Tripura.

It can be mentioned here that, over the past few weeks, protests had erupted at various places in the Barak Valley which led several political leaders to write to the Assam CM urging to resume the train service for the ease of daily commuters.