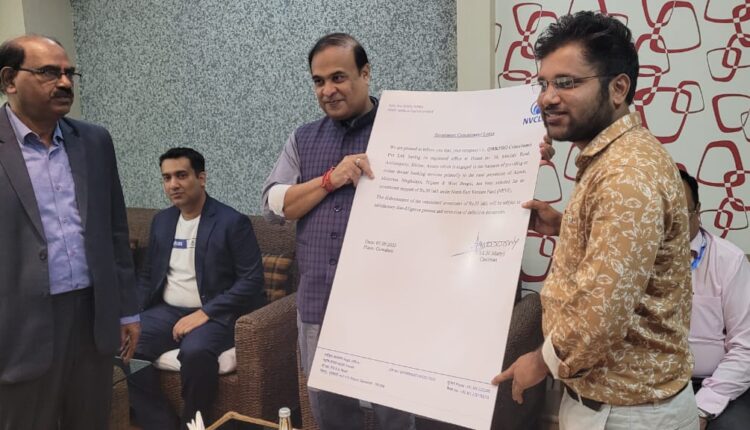 The startup ecosystem has changed with the telecast of Shark Tank India on Sony TV. Many didn’t know the term equity, incubator, seed fund, angel venture and process of raising funds for a start-up. Long before Shark Tank India was a thing, Biswajit Paul launched his startup Quickobook from Silchar just to avoid long queues outside doctor’s chambers, and to be able to book an appointment sitting at home.

Five years after the launch of his startup, he has received funding in crores from various grants, local investors and the Assam Startup ecosystem. On Wednesday, the startup of Paul raised the biggest funding of their career of one crore rupees.

The funds of NEDFi were disbursed by Assam CM Himanta Biswa Sarma today at NEDFi house in Guwahati. Among other startups from Assam, Quickobook was the only one from Barak Valley and not just that, they received a disbursement of a whooping one crore rupees from NVCL.

Talking about this deal with Barak Bulletin, Biswajit Paul said, “A problem identified five years back gave birth to quickobook.com which today is a sustainable business model, not just in Silchar, but in the Northeast as a whole. Today we have raised 1 crore fund disbursement from the hands of Assam CM through NVCL. We grabbed a deal from NVCL of 1 Cr from a 100 Cr fund and another 200 Cr with a joint venture with SIDBI. Zerund was another round that we made through. The next round of Investment deal was also finalised from NVCL and we also got a commitment from the Assam Government for every sort of assistance and support”.

Talking about this growth, Biswajit said, “We started five years back and initially it was difficult to make doctors understand about this online appointment booking. We got our first appointment after 9 months and after a year we secured our first investment. We were lucky to have a local investor who understood our business model and invested in our company based on equity. The initial investment was 40 lakhs. one major problem that we faced was that there is no startup ecosystem in Assam like that of other states. In this regard, we were lucky to get help from the startup ecosystem and incubators of IIT Guwahati and IIM Kolkata. Most of our learning about business came from there”. 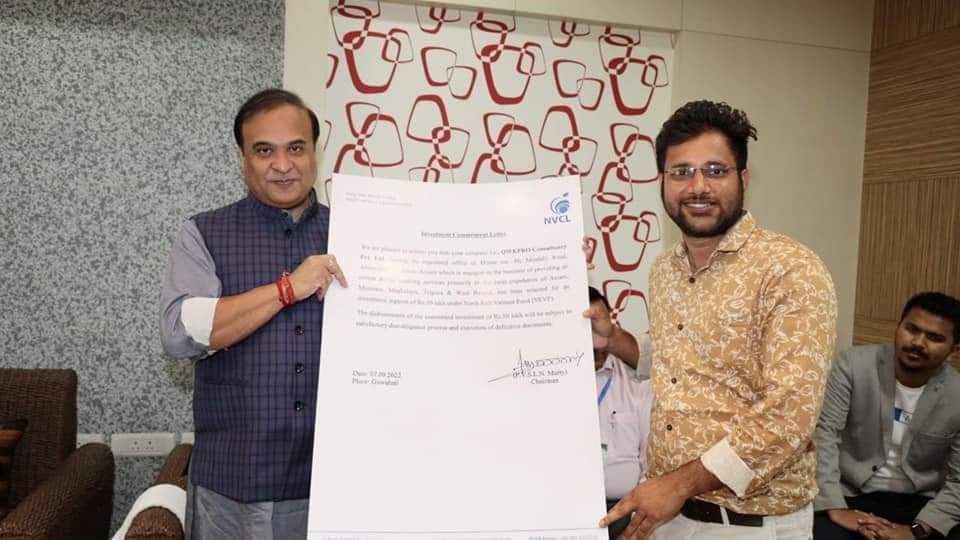 “We have expanded Quickobook to the entire Northeast. From just doctor appointments now we have door-step medicine delivery at a discounted price and also booking lab tests through our app and website. Recently we started this new facility of Surgery Care in Silchar and Guwahati, where we assist patients who are trying to get treatment and surgery done in Guwahati. We assign a care buddy who takes care of all the requirements for surgery, starting from booking hospital appointments, doctors and even loans”, said Paul further about his new initiatives. About the spending of the funding raised he said, “We will spend the money raised in expanding the surgery care buddy to metro cities where a majority of Barak Valley patients go to get their treatment. We are onboarding hospitals from Bangalore, Hyderabad, Vellore and Chennai into our Surgery Care initiative. We have partnered with private banks and finance companies to fund surgeries and loans required for treatment. Patients can get loans up to 5 lakhs within 24 to 48 hours through this initiative”. This service will be provided to the patients free of cost by Quickobook.

When asked how they will make a profit out of this, Paul said, “We don’t want to charge money from the patients who are going for treatment to the metro cities and such expensive hospitals. We have partnered with the hospital and the revenue will be generated from the commission of the hospital. Rather the patients will get a discount upon using our referral. We are hopeful to launch this soon”. He further said, “Some amount from the funding will be spent on product development. We don’t have an app for iOS users, which we are trying to develop. We are also trying to make the website and app interface more user-friendly and convenient”. Speaking about the team, Biswajit said, “Jewel Sen is the co-founder of the company, he is also from Silchar. We have Dharam Ved as the Chief Technology Officer, who is from Delhi. We have generated 16 employments so far and this is a huge achievement for the team today”. Quickobook right now has over 5000 plus doctors on board and has touched more than 6.5 lakh patient’s lives. So far the company has raised 2 crore investment, which includes government funding as well at a valuation of 20 crores.