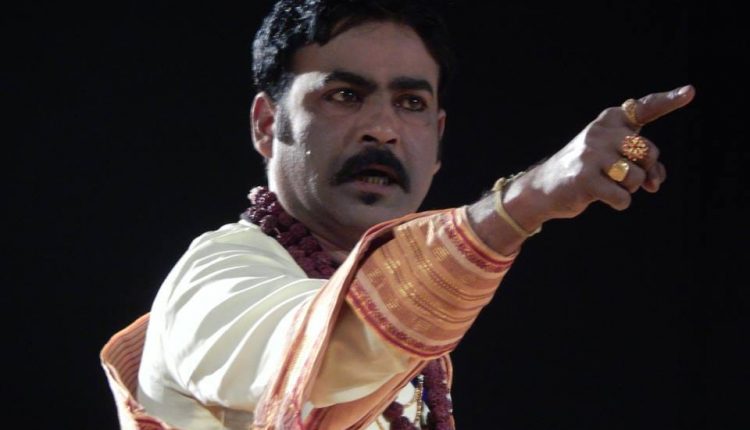 Silchar based theatre artiste Santanu Paul to represent India in Italy; says, "I am excited and grateful"

Barak Valley has absolutely no dearth of talent. Time and time again, citizens from the valley have proven their mettle in the fields of science, literature, art and music among various other spheres.

In yet another such major feat, an eminent theatre artiste from the valley has been invited by an Italy based International Artistic Centre – Spazio Seme – to represent the nation in an International Symposium and cultural exchange programme which will be held in Italy from the November 25 to December 3, 2018.

The man of the hour is none other than Santanu Paul who is the founding member and director of Bhabikal Theatre Group here in Anondolok Complex, Das Colony, Silchar. Paul is no stranger to the field of theatre art having sculpted his talent under the able guidance of Padmasree H. Kanhailal and having performed all over the country. This will be his first trip outside of the subcontinent, which he considers an ‘absolute privilege’.

Paul is one out of just eight other theatre personalities who have been bestowed with the honour of representing the country in Italy and the only artiste from Northeast India.

In an exclusive conversation with Barak Bulletin, the 51-year-old artiste spoke candidly about his journey in the field before he could carve out a niche for himself.

How did the journey begin?

I, along with a few others, founded the Bhabikal Theatre Group here in Silchar back in the year 1984. Initially, we performed merely for amusement purposes but slowly shifted our attention to the more serious stage plays with social messages. We were received well by the public.

Who were your initial inspirations?

I have always been intrigued by theatre artistes from all over the country. But it wasn’t until the year 1989 during my trip to New Delhi when I watched eminent theatre artiste and filmstar Naseeruddin Shah perform in the popular play ‘Kanyadaan’ by Vijay Tendulkar. That performance really grabbed my attention and I was more focused on my craft ever since.

Other inspirations of mine include Sadashiv Amrapurkar, Bratya Basu, Rudraprasad Sengupta, Gulshan Walia, Avinash Deshpande among a few others.

Which has been your most favourite and challenging play?

‘Macbeth’ by William Shakespeare has been my favourite and by far the most challenging play till date. I have had to train for over a year before I could enact the character of ‘Macbeth’ on stage.

What was the turning point of your career in theatre art?

I had enrolled for a one-year diploma programme under the guidance of world-renowned theatre artiste and Padmasree awardee H. Kanhailal at Imphal back in the year 2006. During the course of this programme, I had performed in various places all over the country which includes the National School of Drama in New Delhi, Prithvi Theatre in Mumbai and at Rabindra Sadan in Kolkata, where I acted in the famous play ‘Dak Ghar’ by Rabindranath Tagore. I had also performed in Karnataka, Rajasthan, Lucknow, Allahabad among a few other places.

It was also during the course of this programme that I met many international theatre artistes and those contacts have really helped me over the years.

A year after the programme, I founded the Kala Academy in the year 2007 which is the only theatre training institution in Barak Valley. Here, we host workshops every Saturday as well as a 6-month certificate course with around 35 students in each batch. I also teach theatre arts in various institutions all over northeast which includes Assam University, Tripura University and schools all over the valley.

How did you land with the offer of attending a symposium in Italy?

It was early last year (2017) when I had met the director of Spazio Seme during the Bharat Rang Mahotsav in New Delhi and he has been in touch with me ever since.

In early October this year, the director called me up on my phone and requested me to be a part of the symposium. 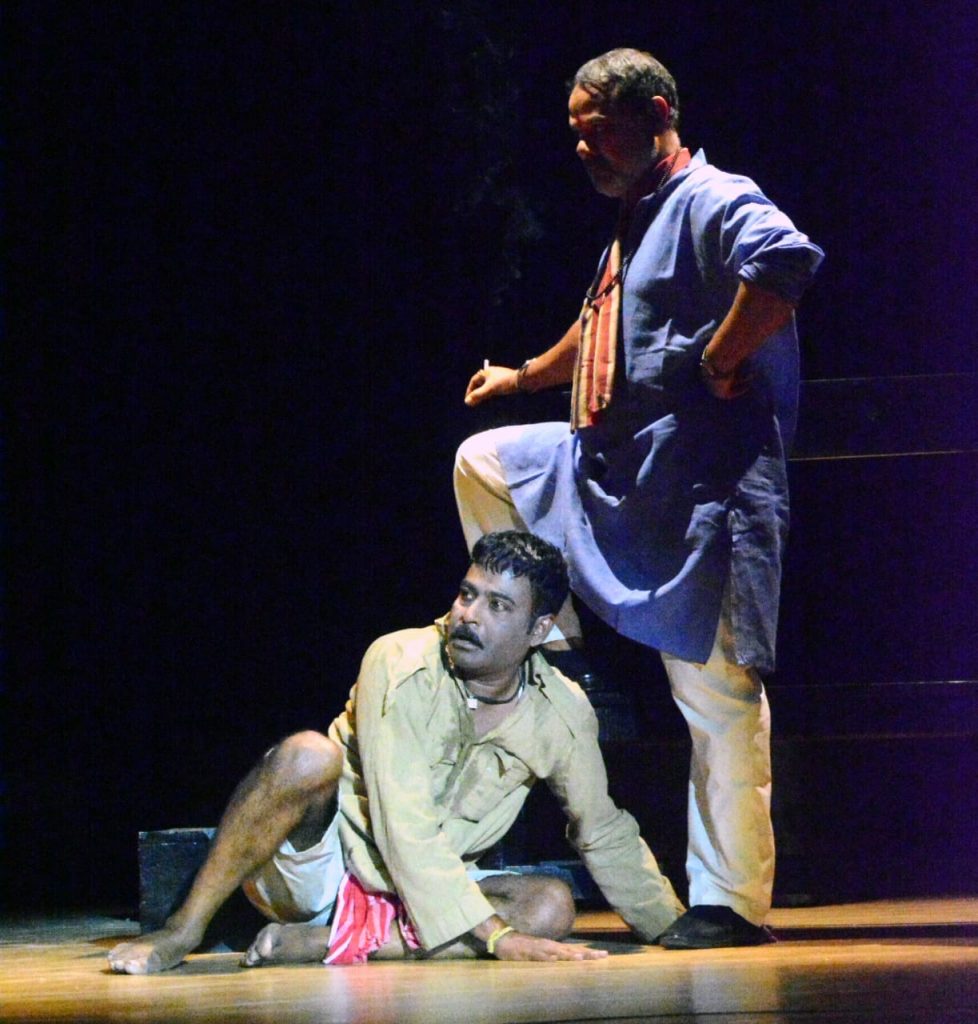 What was your initial reaction?

I was very surprised and excited at the same time. My daughter, who is also my student, said, “Usually only those in the fields of science and commerce are invited outside the country but a theatre artiste being invited from a small town like Silchar is indeed a matter of great honour.” I think along the same lines. I think I am lucky and am eternally grateful.

Is this your first trip outside the country?

No, I have performed in Bangladesh back in the year 2002 under the aegis of Indian Peoples Theatre Organisation (IPTA), Silchar. This is my first trip to Europe.

How much does it mean to you?

My students are particularly excited about my trip and I think that is what really matters to me most. I want this to inspire them in their careers ahead.

What about your work apart from the theatre?

I am an LIC Administrative Staff by profession. I do theatre because it is my passion.

How different is acting in movies than in theatre plays?

A theatre artist has absolute freedom to do what he does. But in movies, the director is the one who decides what to do with his characters.

What is the future of Theatre art in Barak Valley?

Theatre art in Barak Valley is in safe hands. The young generation is very keen on learning and understanding this skill but infrastructure facilities also need to develop simultaneously for them to excel and make a living out of it. I urge the government in power to invest more in this regard.

A message for aspiring theatre actors in the valley?

I urge them to read more books and gain more theoretical and practical knowledge as well. I also urge them to enroll themselves in theatre workshops and learn the skill firsthand. They will never regret the experience.

From Kidnapping of 5-month-old to hit and runs, drugs; An exclusive interview with…

COVID: Kept waiting for more than 10 hours with just a bottle of water, NIT Silchar…