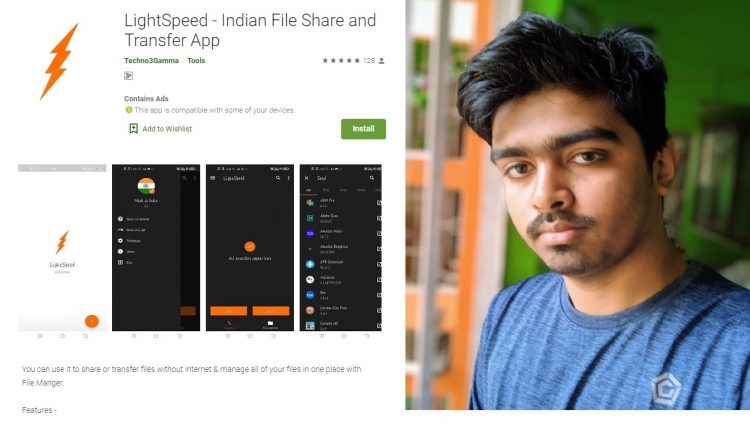 The App, which hit Play store on 19th July has received a 4.9 out of 5 average star rating and has more than 1000 downloads already.

“There is no inspiration or motivation behind this but yes, a few days back when I read the news of government banning some Chinese origin apps, it clicked my mind why can’t I make an alternative to it,” Rizwan Mazumder told Barak Bulletin.

With more than a thousand downloads in just nine days, the developer says now he is working on the User Interface of the App.

“I uploaded the app at Play store on July 15 and it got published on July 19. From then I am trying to fix if any technical issue is popping out. I am also adding up some User Interface so that it becomes more user friendly and attractive,” asserted Mazumder.

Rizwan, along with his few friends has opened a startup related to web development and has completed many projects with many more underway. “Our first venture was Student’s Guide App which was developed with an aim to assist our Barak Valley students to get previous year exam question papers from different Colleges under one platform. Currently, the App has been kept shut for public use as we are working to add more resources in it.”

With our union government’s call to go “Vocal for Local” & “AtmaNirbhar Bharat”, such innovations at local and regional level is an encouraging sign.