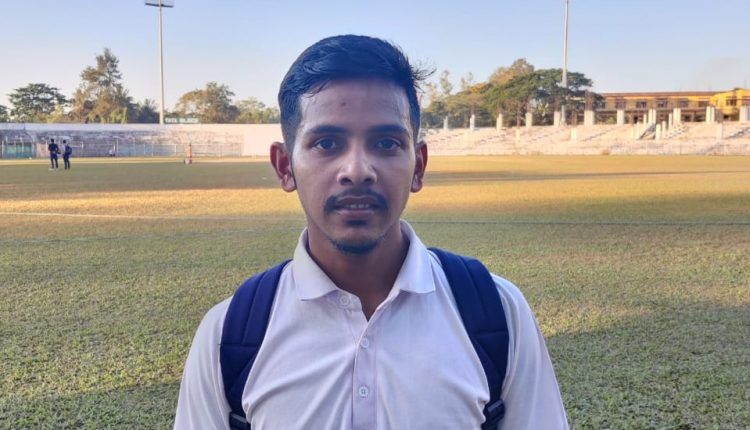 Two runs were needed to win the match in the last three balls. Four wickets were in hand. Naturally, in such a situation, everyone will assume it’s the batting team that is going to win. However, Mrinal Kanti Nath of the Dudhpatil team turned the match dramatically in their favour. He not only turned the match around but took three wickets in three consecutive balls making it a hat-trick and offered the team an incredible victory.

On Tuesday, the Dudhpatil team batted first at SM Dev Cricket Stadium. They made 114 runs for 5 wickets in the allotted 20 overs. Mrinal Kanti Nath (54) played a great innings scoring a half-century. He went to bat at number five and led the team to a decent score. Besides, Sourav Choudhury scored 15 while Joydeep Nath scored10 runs. Additional 23 runs were conceded as extras.

Bibhu Das and Khush Das took two wickets each. In response, Sonai team was on the way to victory however it was Mrinal again with the ball who annihilated their hopes. In the last three balls, he returned Bilal Ahmed Majumder, Mohammad Barbhuiya, and Binhu Das to the pavilion. Mrinal’s hat-trick got Sonai stuck at 113 runs for 9 wickets.

In the first match of the day, Deshabondhu Sporting won an easy victory. They defeated Shanta Sena Club by 8 wickets. Batting first, Shanta Sena was all out for 82 runs in 17.2 overs. Anubhav Das scored 35 runs.